A great part of the money that Queen Elizabeth II and her family have is inherited. What you might not know is how the family first received, and continue to receive, the money. There are three ways in which the royal family make money every year and retain their wealthy status.

Queen Elizabeth has an undisclosed amount of income that comes every year from “inherited private estates”. It includes Balmoral Castleand and many properties from her personal investment portfolio.

Originally, this inheritance came from her father, King George VI, and also consists of a valuable artwork and stamp collection, 0according to the royal family’s website.

According to a Sunday Times report, Queen Elizabeth’s private income, last year was estimated to be about £340 million.

Anyway, Queen Elizabeth does pay taxes on every income she privately makes from various investments. However, the amount she pays has always been a secret. In case she decides not to sell these properties, they will most likely go to her descendants some day. The Privy Purse is not just a fancy British term for a handbag or money holder. But if you think about it, it is a holder of the money that Queen Elizabeth receives during her time as monarch.

The second royal income is all about The Duchy of Lancaster. It provides the Queen with a set income. Work-related expenses don’t have to be paid with this. However, some are — called the Privy Purse.

The Duchy of Lancaster is a “portfolio of land and other assets that have been in the royal family for hundreds of years.”

“Its main purpose is to provide an independent source of income, and is used mainly to pay for official expenditure not met by the Sovereign Grant (primarily to meet expenses incurred by other members of the Royal Family),” the official Royal Family website explains.

The Sovereign Grant is where the biggest part of the British Royal Family’s income hails from. It is used to carry out the royal duties, cover royal travel, pay for the staff, and help maintain Buckingham Palace’s upkeep.

The Sovereign Grant was set up thanks to King George III. It is an agreement that was made between Parliament and the Royal Family. It is set up to hand over all of the profits from the Crown Estate to the government in return for a percentage of the profits each year.

What is the Crown Estate? It’s “an independent commercial property business and one of the largest property portfolios in the UK,” according to BBC News.

It contains residential properties, businesses, shops etc. It is everything that the Monarchy owns and the residents of the United Kingdom pay taxes on it.

But, how it works? The Crown owns the Crown Estate. That estate makes money. In return, it gets paid to the HM Treasury, who calculates what 15 percent of the surplus income is.

That amount is then paid to the queen in the form of a Sovereign Grant and used for royal expenses. 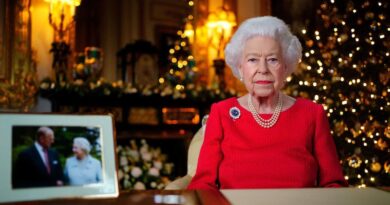 2 thoughts on “Which Are the 3 Ways the British Royal Family Stays So Rich?”