The former governor is not backing down from his public dispute with President Trump.

Schwarzenegger responded to Trump’s tweets last month. Trump was pointing out “The Celebrity Apprentice” low ratings. The reality show is hosted by the 69 year old former governor of California. Donald Trump wrote a two part tweet in his style:

Wow, the ratings are in and Arnold Schwarzenegger got “swamped” (or destroyed) by comparison to the ratings machine, DJT. So much for….

being a movie star-and that was season 1 compared to season 14. Now compare him to my season 1. But who cares, he supported Kasich & Hillary

Arnold Schwarzenegger explained to Men’s Journal his reactions when he saw Trump’s tweet. He said: “Let’s sit on it for an hour. I called my assistant and said, ‘I think what we really should do is request a meeting and go back in New York. And then we just smash his face into the table.’ And then I think, ‘We can’t do that, either. I think I have to be above all of that and put him on the spot.’”

The former governor also responded on Twitter. He posted a video and demanded Trump to “work for all of the American people as aggressively as you worked for your ratings.”

Please study this quote from Lincoln’s inaugural, @realDonaldTrump. It inspired me every day I was Governor, and I hope it inspires you. pic.twitter.com/QRoOFTZfQ9

Schwarzenegger told the magazine that in his opinion people reacted really well on his video. And he added: “I sound more presidential and more diplomatic and more elder-statesman – that’s exactly the way Donald should be.”

Donald Trump continued the public dispute. Last week he said that “The Apprentice” has been a “total disaster” since the new host took over.

And during the National Prayer Breakfast, we should pray for the ratings to rise up.

Schwarzenegger responded again, and recommended that he and Donald Trump should switch jobs “so people can finally sleep comfortably again.”

Donald Trump of Friday tweeted again and said that Arnold Schwarzenegger did a really bad job as a Governor and he is even worse as the host of The Apprentice.

Yes, Arnold Schwarzenegger did a really bad job as Governor of California and even worse on the Apprentice…but at least he tried hard! 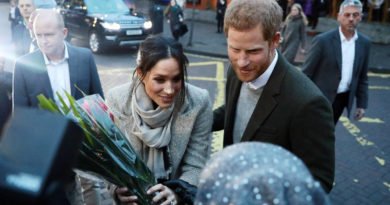 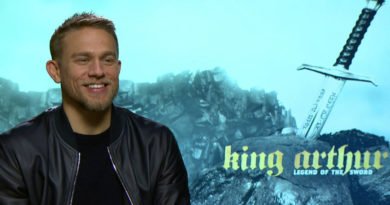 3 thoughts on “Arnold Schwarzenegger: I wanted to ‘smash his [Trump’s] face’”