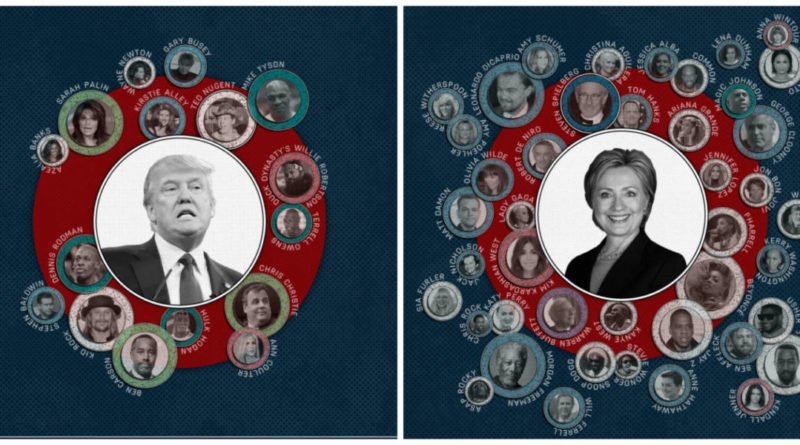 The election for the 45th president of the US is just around the corner. Only a few days left until 8th November when the citizens of United States will have to choose between the Presidential candidates with the “help” of probably the most opposed election campaigns.

In most countries the public political support is rarely seen, and often more discreet. But in US the key role in campaigns, promoting candidates, performing at political events often belongs to the rich and famous Hollywood stars which go loud and proud about their opinion who should step in next in the Oval Office.

Hillary Clinton can be proud of her influential A-list supporters. Kim Kardashian posted a selfie with Hillary with description that she enjoyed Hillary’s speech and her plans for the Country, followed by #HillaryForPresident.

At the Democratic National Convention the high profile support was more visible with the appearance of Meryl Streep, Lena Dunham, Elizabeth Banks and Alicia Keys, where they declared their support for Hillary Clinton.

Donald Trump also has some big names to back up his candidacy, and he appears pleased with his celebrity supporters.

Mike Tyson publicly stated that he is going to vote for Trump and even if he can get 20.000 or more people to vote for him, he will do it.

Antonio Sabato Jr. the former Calvin Klein model glorified Donald Trump when he stepped on the stage at the Republican National Convention.

The Detroit rocker Kid Rock said he likes Donald Trump and would like to see the country run like a business.               The famous TV personality Tila Tequila called herself a huge Donald Trump supporter.

One of his keen supporters, the father of Angelina Jolie, Jon Voight, told the mainstream media “is in the tank for the Democrat Party”.

Hulk Hogan besides the support for Trump, declared his ambition to be Trump’s running mate. 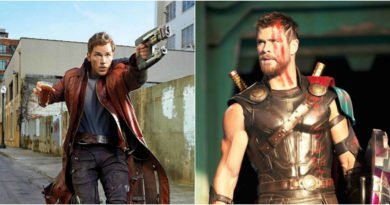 Chris Hemsworth Revealed Fear Of Chris Pratt? What It Was About?