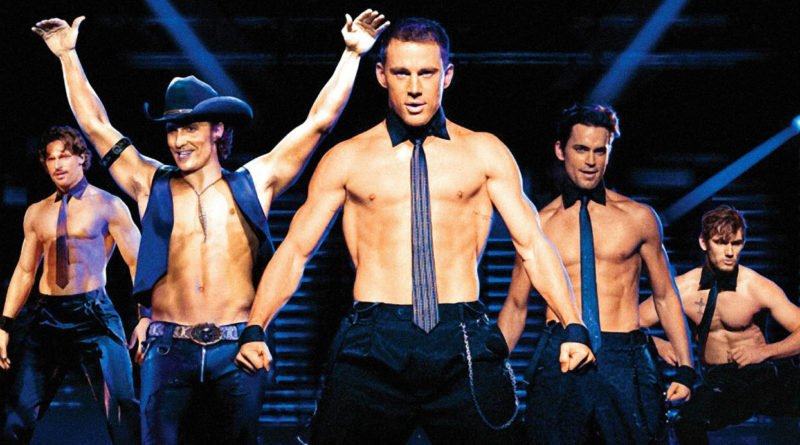 Not long ago, Channing Tatum let one person see the previews of his newly-developed Magic Mike Live show. That person is his 3-year-old daughter, Everly.

The 36-year-old sex symbol isn’t hiding his daughter from strippers — or vice versa.

He shared that Everly along with wife Jenna Dewan, have already been to the “Magic Mike Live” show at the Las Vegas Hard Rock Hotel & Casino.

In Las Vegas with @channingtatum talking @magicmikelive! (This show gets pretty wild!) ??

He revealed that his daughter highly approves of the adult-themed review, which she’s allegedly seen in full.

“She has already been to the show,” Channing commented.

“She is running around here like crazy. We keep [the atmosphere] very casual and positive around here,” he added.

Reportedly, the live show is a recreation of the mythical Club Domina as a cabaret nightclub space. It is inside the Hard Rock Hotel that is being fully redesigned to capture the magnetism of the Magic Mike franchise.

“[The show] features 13 performers, who break dance, sing, play piano, do acrobatics, and of course, strip,” the popular entertainment column explains, with Channing adding mention of an actual story line to help along the entirety of the live act.

Although, Channing says that the show isn’t just about stripping.

“It has a story on some level,” he admitted to Extra.

“[But] the big takeaway was that we wanted it to be this really base-level experience. We want people to leave and still think about [Magic Mike Live] after they leave.”

About whether women will have the chance to see Tatum join his dancers live on stage at the Hard Rock someday, Channing teased in a sit down with Vanity Fair last year that the idea had crossed his mind.

“[For now], I’ll never say never,” Tatum alluded to the publication after he first openly conveyed that the Magic Mike Live show would be happening in the near-future.

“I wouldn’t mind going out there and doing it one more time. Or maybe twice. But, you know, every time I’ve put on a thong and am getting ready to walk onstage again, I’m like, ‘Why do I want to do this?’ It’s very uncomfortable to be in a thong in front of a thousand people.”

But if that ever happens one of those possible audience members would certainly be his wife, and mother to little Everly, Jenna Dewan-Tatum.

In addition to this, Channing revealed: “Oh yeah, every step of the way,” he exclaimed happily, before adding, “she is [actually] the one I gave the first lap dance to in the first Magic Mike [movie].”

Sending my love to this family you see here. There’s no amount of thank you’s that could cover the gratitude I have for their faith and hard work. We did the damn thang!! #MagicMikeLive #MenOfMML #LELOmagic