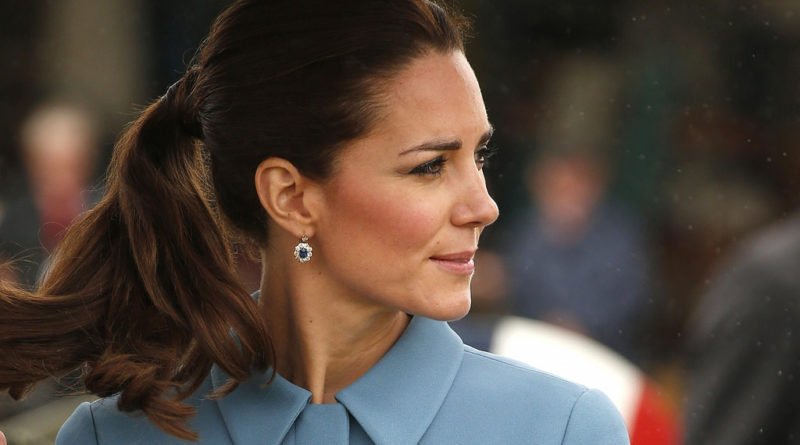 Kate Middleton made her first public appearance after announced the news about being pregnant with third baby. We finally saw her baby bump. The Duchess of Cambridge looked gorgeous in a blue dress at a reception for World Mental Health Day at Buckingham Palace. Some people believe that she gave us a hint about the sex of baby number 3.

“Does all the blue mean another prince?!” a fan wrote.

Pregnant Kate makes her first appearance in a dress by Temperley pic.twitter.com/73gsvEHPmm

According to reports from Mirror, many were asking about the possible meaning of the elegant pale blue dress by Temperley.

Prince William matched her in a lovely blue tie, so there were rumors that the couple is sending us message about the gender of the baby.

But we shouldn’t get too excited cause there is a chance that the couple even don’t know the sex of the baby yet.

We still don’t know when the baby is due. Anyway, it is said that Kate had to announce the news because she had to cancel her public appearances due to her severe morning sickness known as hyperemesis gravidarum. Kate Middleton had the same morning sickness while she was pregnant with Prince George and Princess Charlotte. During her pregnancy with Prince George, she was even hospitalized in December 2012.

On #WorldMentalHealthDay, The Duke & Duchess and Prince Harry attend a reception to celebrate those working in the mental health sector. pic.twitter.com/jmWcnWafm6

The president of the Mind charity, Stephen Fry, shared that says he was pleased Middleton attended the special event, mostly because she is having so much trouble with this pregnancy. Kate Middleton and Prince William weren’t the only royals attend the reception. Prince Harry accompanied them too.

We just can’t wait to find out whether we will see a boy in Kate Middleton’s arms when she walks out of the Lindo Wing of St. Mary’s Hospital.