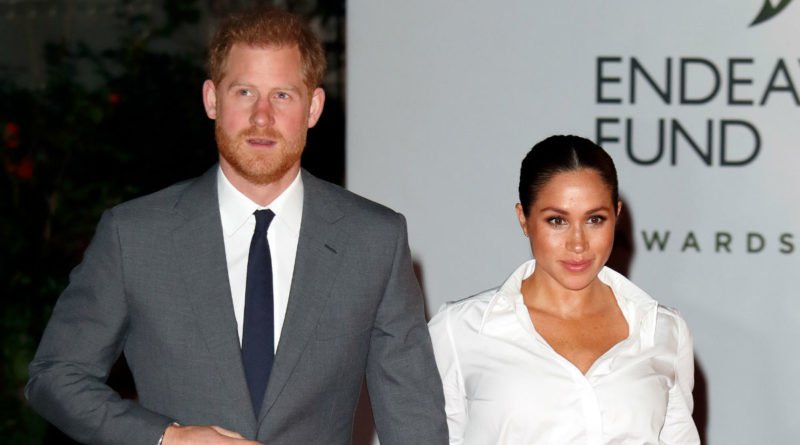 Prince Harry and Meghan have broken from their six-week holiday in order to highlight a cause close to their heart. On Sunday, the couple posted photos on their Instagram account about Endeavour Fund; an organization Prince Harry set up with Prince William and Kate for wounded veterans.

The photos show Harry and Meghan passionately giving speeches before presenting awards to the winners back in February at the Endeavour Fund Awards in London.

The post read: “Spotlight on: Endeavour Fund. Today we are taking a look back at the amazing work done by the @EndeavourFund; an organisation created by The Duke of Sussex to support the Armed Forces community. HRH was motivated by the ambitions of wounded, injured and sick (WIS) service personnel and veterans across the UK, who wanted to use sport and adventurous activity as part of their recovery. And what they choose to take on is extraordinary!”

“These men and women break global records and set goals for those around the world – non-disabled and disabled alike, including: The first amputee to cross Greenland icecap unsupported, the first triple amputee to qualify as a rescue diver, the fastest unsupported rowing time across the Atlantic, and so many more.”

It continued: “The endeavours they take on are inspirational, but also have a tremendous impact on their physical, emotional and social recovery, as well as a lasting effect on the family and community around them. Since launching in 2012, the Endeavour Fund has supported nearly 6,000 WIS in sport and adventure challenges.”

The post also included a quote from the royal. It read: “As The Duke said, ‘The magic of the Endeavour Fund is that it enables those who had life-changing injuries in their prime, many of whom felt defeated, to use the power of sport to find a new purpose.

“The renewed self-belief we see in everyone who participates, and how this transforms their lives and the lives of those around them is overwhelming. Beyond that, each man or woman who participates uses their endeavour as an opportunity to raise funds for another serviceman or woman who needs the same support they once did. It’s a powerful and meaningful process that I am so proud to be a part of”.

“In 2019 alone, 17 grants were submitted benefitting nearly a thousand WIS and over 200 family and friends. 198 qualifications were gained and more than 80 are back in the workforce feeling fulfilled and with a renewed sense of purpose.”

Last week, Harry and Meghan initiated the 12 Days of Christmas on their account; they’re highlighting 12 charities in the spirit of giving this festive season.

They wrote: “It’s an important time of year to help those around you who may be less fortunate, or who would appreciate even the smallest act of kindness.”