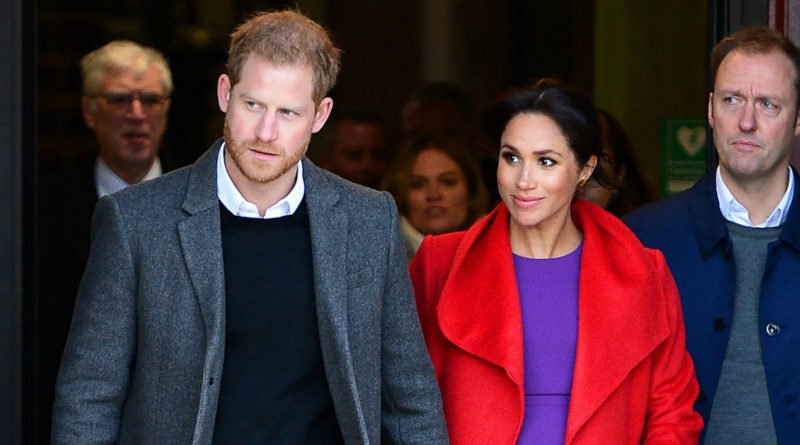 The Duke and Duchess of Sussex are certainly enjoying their six-weeks off from royal duties, keeping a low profile and relaxing as a family. The couple were in Canada for the holiday season, and on Wednesday, on New Year’s Day, the two of them went on a hike with some friends. According to reports, the couple went out for a walk in Vancouver Island’s Horth Hill Regional Park with a group of friends, among them Meghan’s former Suits co-star Abigail Spencer.

During their walk, they ran in another couple on a walk, who was in a  middle of using a selfie stick to take photos of themselves among the natural scenery, when a woman from the group approached them and offered to take a photo. The couple, Asymina Kantorowicz and Iliya Pavlovic revealed that they didn’t recognize them at first, but when Asymina recognized Abigail standing nearby, she suddenly realized that she was speaking to Meghan.

“I froze up. I actually couldn’t believe who it was. Then I looked over to the side and that’s when I realised Prince Harry was standing there. I kept looking back and forth like, ‘Is this actually happening?'” she said, adding: “At that moment the only thing I could think to say, ‘There’s only so much that selfie sticks can do. She laughed and responded with something like, ‘We’ll have to do better,’ and then Harry said, ‘No pressure.'”

The royal couple were described as being “super friendly” during the encounter, taking three photos with the couple and then continuing with their walk with their friends and two dogs. This isn’t the first “sighting” of the royal couple on these trails at Horth Hill, as they have been multiple during the last couple of weeks. Locals have noted that ever since Prince Harry and Meghan’s arrival there before Christmas, the trail has become much busier with people hoping to catch a glimpse of the royal visitors.

The Duke and Duchess of Sussex had a great, but busy year, having accomplished a lot. The most important moment for them must have been the arrival of their firstborn baby Archie. And on New Year’s Eve, the couple shared an adorable photo of Harry with their seven-month-old son Archie, along with a montage of photos and videos showing some of their highlights of 2019, to celebrate the year that went, and prepare for the one to come.