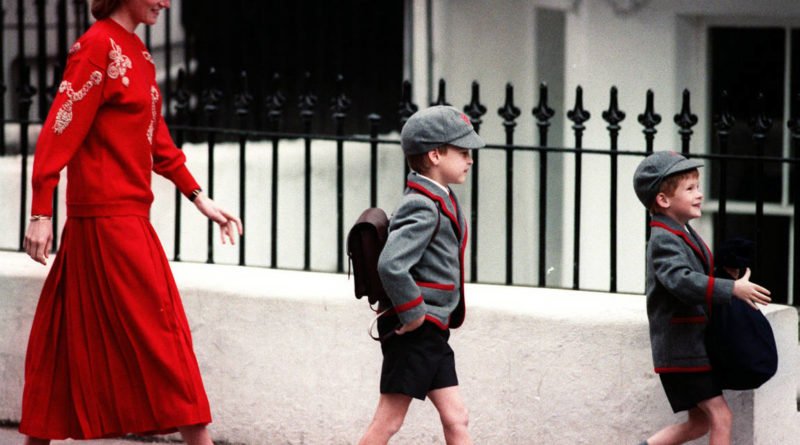 It has been almost 20 years since Princess Diana’s death.  The anniversary is approaching soon and it has brought interest again about her life as a royal.  She left behind her two sons William and Harry, at the age of 15 and 12, when she passed away in a car accident in August 1997. William and Harry have started opening up about Princess Diana’s death in recently. They have admitted that it took time for them to feel comfortable talking about the big loss. William told that he was very angry about his mother’s death and it was very tough for him to talk about her.

Mentioning their mother in interviews, William and Harry have taken on a number of her charities. William bonded with young children who have lost their own parents and told a little girl, “I lost my mummy when I was young, too. It’s very important to talk about it.” In order to commemorate her death and her positive impact in the world, the brothers are building a memorial statue in the public gardens of Kensington Palace.

“Time makes it easier. I still miss my mother every day — and it’s 20 years after she died.”

“Twenty-one years ago, my mother attended the launch of the Child Bereavement charity. Fifteen years later, I was honored to be invited to become patron of Child Bereavement UK to continue my mother’s commitment to a charity which is very dear to me. What my mother recognized back then, and what I understand now, is that grief is the most painful experience that any child or parent can endure.”

“I never realized quite how much of an impact she had. I applaud her for all her dedication and drive, and I think the infectious enthusiasm and all the energy she had really rubbed off on me for causes such as [AIDS research in Africa].”

“Initially, there is a sense of profound shock and disbelief that this could ever happen to you. Real grief often does not hit home until much later. For many it is a grief never entirely lost. Life is altered as you know it, and not a day goes past without you thinking about the one you have lost. I know that over time it is possible to learn to live with what has happened and, with the passing of years, to retain or rediscover cherished memories.” “Losing a close family member is one of the hardest experiences that anyone can ever endure. Never being able to say the word ‘Mummy’ again in your life sounds like a small thing. I too have felt — and still feel — the emptiness on such a day as Mother’s Day.”

“I never really dealt with what had actually happened. So there was a lot of buried emotion, and I still didn’t even want to think about it.”

“I really regret not talking about it. It is OK to suffer, but as long as you talk about it. It is not a weakness. Weakness is having a problem and not recognizing it and not solving that problem.”

“It’s a huge shame she’s not here. But I hope she’d be incredibly proud of what we managed to achieve.”

“I first came [to Africa] in 1997, straight after my mum died. My dad told my brother and me to pack our bags — we were going to Africa to get away from it all.” “We will do everything we can to make sure she’s never forgotten, and carry on all of the special gifts and such that she had and that she portrayed when she was alive. I hope that a lot of my mother’s talents are shown in the work that I do.”

“I hope she’s looking down [at our family] with tears in her eyes being incredibly proud of what we’ve established. I’m sure she’s longing for me to have kids so she can be a grandmother again . . . but I hope that everything we do privately and officially, that it makes her proud.”

“Losing your mother at such a young age does end up shaping your life massively, of course it does. And now I find myself trying to be there and give advice to other people who are in similar positions.”

“Every day, depending on what I’m doing, I wonder what it would be like if she was here, and what she would say, and how she would be making everybody else laugh. Who knows what the situation would be, what the world would be like, if she were still around.” 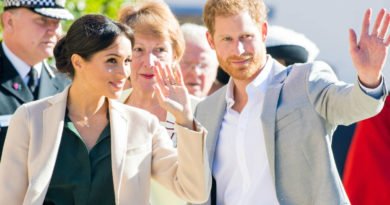 Why Harry And Meghan May Miss A Part Of Eugenie’s Wedding?