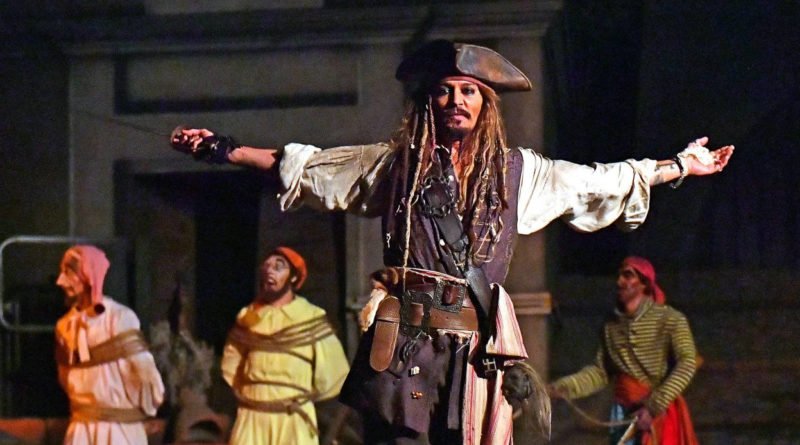 Last Wednesday, Johnny Depp brought a little bit of magic to Pirates of the Caribbean fans in California.

Johnny Depp, dressed in his full Jack Sparrow costume, surprised his fans at the popular Disneyland ride, which served as a basis for the original 2003 film of the popular movie franchise.

We can’t be sure if that was a marketing stunt to promote the new Pirates of the Caribbean flick or just a desperate try for him to make some quick cash. The “Pirates of the Caribbean” star has a $40 million debt. Nevertheless, the appearance of the real Jack Sparrow in Disneyland was a pleasant experience to riders of the attraction.

Seeing from many photos and videos posted by Disneyland visitors, it is clearly that Johnny was interacting with Pirates of the Caribbean fans without breaking character.

It is indubitable that the visitors were dazed and thrilled to see Johnny Depp himself instead of the robotic version of Jack Sparrow on the set.

As seen from the videos posted on Instagram and Twitter, Johnny Depp was dressed in full Jack Sparrow costume. What is more important he was definitely acting exactly like his iconic character from the movie.

Depp’s surprise appearance on the water ride was remarkably special that Disneyland even shut off other characters from the hit franchise.

Anyway, the famous actor currently is going through a rough patch in his life.

Johnny earned $48 million only last year. A large amount of it, was from his role in Pirate’s of the Caribbean, reports Forbes. Still, the latest rumor says that Johnny is broke and on the edge of bankruptcy.  It seems that he is in a massive $40 million debt.

Although it’s still unclear whether Depp made the surprise appearance on the Disneyland ride to get some extra cash, he is expected to get a massive payday for the upcoming Dead Men Tell No Tales film.

In Pirates of the Caribbean: Dead Men Tell No Tales, Johnny Depp plays again his role of Jack Sparrow. The movie is premiering in China on May 11, just two weeks before its U.S. release. The movie is focused on the quest to find the Trident of Poseidon as Depp’s character flees Salazar.

Johnny’s surprise appearance in Californian Disneyland happened less than four months after the actor made headlines with his lawsuit against his ex-managers.

The Management Group, Depp’s money management company, are defending that they had done everything they could to safe Johnny’s money. Nevertheless, they concluded that it was Johnny’s expensive taste that led to his loss of his money.

But Johnny Depp, who is seeking $25 million from his ex-money management group for losses that happened due to fraud, said in a recent interview with The Wall Street Journal:

Disneyland’s Video of Johnny Depp in Pirates of the Caribbean Ride Is Magic https://t.co/mfOrExNAUE pic.twitter.com/oFVXG7itek 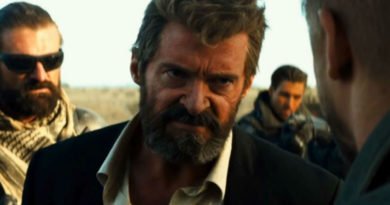 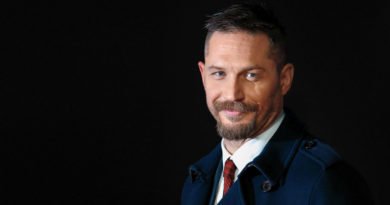 One thought on “Was Johnny Depp’s Surprise Disneyland Appearance Related to His Debts?”