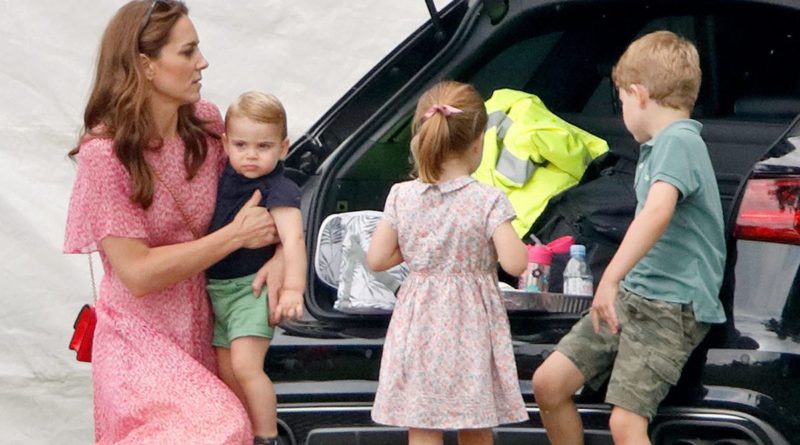 Unfortunately, the summer holidays are almost over, and that means the start of school is closer than ever. And its the same for the junior royal as well, Prince George and Princess Charlotte.

Princess Charlotte will be joining her older brother at his ‘big school’, becoming a Reception pupil at Thomas’s Battersea. Back in 2017, when Prince George went on his first day at Thomas’s Battersea he was only accompanied by his father Prince William, as Kate Middleton was not feeling good as she was pregnant with Prince Louis at the time and was suffering from morning sickness.

A palace spokesperson said: “Unfortunately the Duchess of Cambridge remains unwell, and will not be able to accompany Prince George on his first day of school. The Duke of Cambridge will drop off Prince George this morning as planned.” But this time for Princess Charlotte, Kate Middleton is sure to be there.

Kate, along with Prince William, is expected to do the school run with George and Charlotte on Thursday 5 September, and most likely as a way to mark the occasion, Kensington Palace will release a couple of official portraits of Charlotte in her school uniform, just like they did for Prince George two years ago.

While Kate was at home and resting at Kensington Palace, Prince William and George made their way to Thomas’s Battersea. George, who is usually filled with energy, seemed a bit nervous as they approached his new school, all while rocking his uniform of shorts, a light blue polo shirt and a blue V-neck jumper emblazoned with the school’s emblem. After a few weeks, Prince William revealed that his son was really enjoying his school, but the young Prince wasn’t aware that he had to go every weekday, which was a bit of a surprise for him.

The Duke and Duchess of Cambridge have done everything they can to provide their children with an as normal upbringing as they can, which meant doing the school runs as often as they could. According to some sources, Kate only dropped off George at school just one day after giving birth to Prince Louis in 2018.

One parent noted: “No one really gives Kate a second glance when she does the school drop-off. We have Victoria’s Secret model doing the school run, too, and the dads are far more interested in her!” Some reports say that Prince William once turned up unannounced to a ‘get to know you’ coffee morning, dressed down in chinos, a jumper and wearing his glasses.

The Heartbreak That Bonded Prince Harry And Meghan Markle