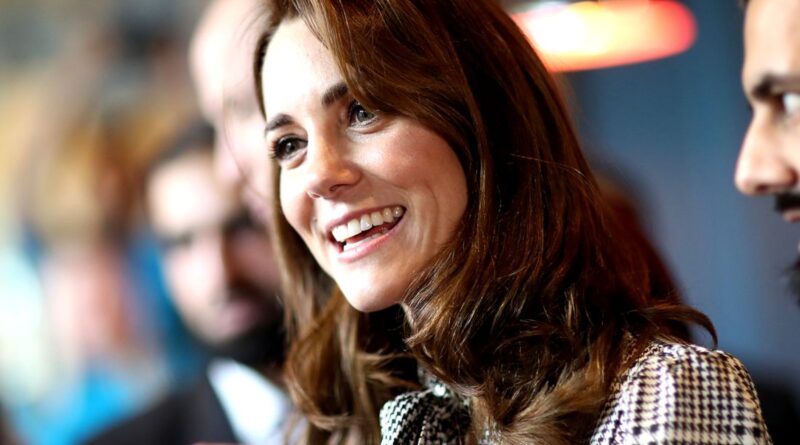 Prince William and Kate were greeted with cheers in Bradford during a series of engagements which support the community and promote cohesion within it.

The couple ended their day, with a visit to one of Bradford’s Khidmat Centres; it delivers more than 20 projects to pregnant women and families with children under the age of four.

They also met families from the Older Yet Wiser project, which supports grandparents with child-caring responsibilities.

According to HELLO!, while there, Kate chatted with Jo and Ian Broadbent, who have completed the course, how quick her little Louis is growing up.

Jo revealed to the magazine: “Kate obviously has a great interest in early years development, she’s quite knowledgeable about it, she referred to some of the tools and techniques we learnt about on the course.

“I asked how her children were. Kate said Prince Louis had started to tell her ‘Mummy, I’m balancing’ and she said it was really nice to see him turning into a little boy from being a baby. She’s obviously very proud of her children.”

Last month, Kate also gave another update about her son, Prince Louis. While she and a group of schoolchildren were picking out the perfect Christmas tree she told one of the little boys: “You remind me of my little Louis, he keeps saying, ‘Me, me, me.’ And he wants to come everywhere with me!”

Today, the Duchess was all smiles as played with some of the children at the centre. She showed off her maternal side once again as she scooped up Soraya Ahmad, 18-months-old, off the floor before bobbing along to the music together.

At the centre, Kate also met women crocheting, who showed her hearts and blankets they had made for George, Charlotte and Louis. And she revealed them one mishap she had soon after her first child was born.

“I tried knitting when I first had George,” Kate confessed. “I tried to knit him a very special jumper, but I got halfway down and it splattered. It’s such an amazing skill.”

READ NEXT: Kate Revealed A Mishap She Had Shortly After George Was Born