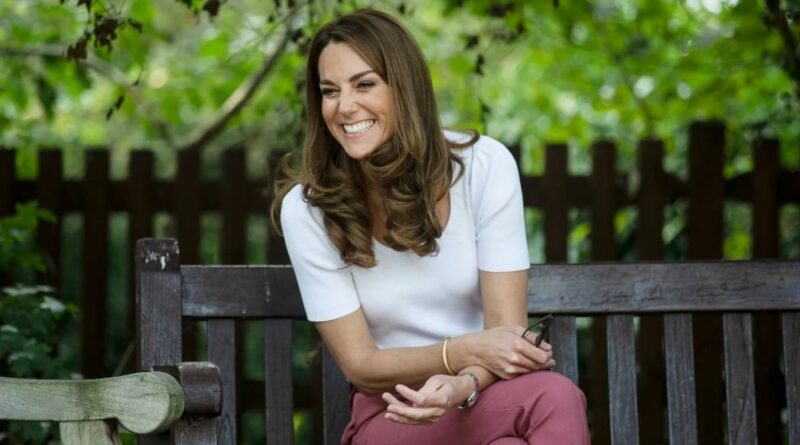 As part of an upcoming program featuring the Duke and Duchess of Cambridge, Kate has revealed that George, Charlotte and Louis were pretty “upset” when they found out she was heading off to meet a particular celebrity without them.

Prince William has spent part of the last two years making a new documentary called “Prince William: A Planet For Us All”. It sees the Prince “champion global action on conservation and climate change.”

“A Planet For Us All” also features a meeting with Sir David Attenborough in which his wife Kate accompanied.

Kate can be heard telling the natural historian: “The children were very upset that we were coming to see you and they weren’t coming. They’re massive fans of yours.”

This is not the first time Kate has mentioned George’s love of sir David. A few months ago, during a video call with Casterton Primary Academy, Kate was asked who was the best celebrity she had ever met. She answered, “George has been watching lots of David Attenborough, Blue Planet and the like, so that would probably be [her choice].”

Meanwhile, on Tuesday, Duchess Kate met with a set of parents in a London park today to hear how they have been helped fellow mums and dads through the Covid-19 pandemic.

The duchess chatted with parents helped by different peer groups – such as Home-Start, National Childbirth Trust (NCT) and Mush.

Kate talked with Christine Thatai, 37, and Morgan Cassius, 29, about how they group held video calls via an app called Mush each day.

Morgan told reporters, “I told her lockdown was difficult because I couldn’t go swimming or meeting friends just stuck inside with the TV.”

Christine said: “Kate was very interested in how we struck up friendships.”

Earlier Kate held a video call with groups involved in peer-to-peer support of parents and families.

Kate said: “A huge well done to all of you. I know there’s a big team of you out there in communities across the country. Both William and I hear about how vital these relationships are to families – they’re a real lifeline. So to you and your army of volunteers out there, a huge well done. I, like you, would love to see peer-to-peer support more embedded and celebrated in communities and society as a whole.”

READ NEXT: Prince William Revealed How Being A Father Has Changed Him