Miley Cyrus used to push to the limit. With her scantily clothes, drug references, lyrics she was a got as far away as she could from her family-friendly “Hannah Montana” days. However, all that changed.

Introducing our August 2017 cover girl @MileyCyrus! The star opens up about following her heart, and finding herself on her own terms. Link in bio to read the full cover story. Photography by @studioakrans Styling by @tom_van_dorpe Interview by #jessicapressler Cyrus wears @Missoni sweater and @bulgariofficial rings.

The 24 year old, singer and actress, not long ago decided to clean up her act. Having in mind this, she opened up to Harper’s Bazaar Magazine about what she called her “transition.”

Before she released her latest single, “Malibu” an ode to her fiance Liam Hemsworth, she said she made her mind up to change her eccentric image.

“I didn’t want to show up to photo shoots and be the girl who would get my t-ts out and stick out my tongue. In the beginning, it was kind of like saying, ‘F–k you. Girls should be able to have this freedom or whatever.’ But it got to a point where I did feel sexualized.”

Miley is conscious that her past behavior raised eyebrows. However, she thinks the way she was treated on the “Hannah Montana” set should interest people more.

“People were so shocked by some of the things that I did. It should be more shocking that when I was 11 or 12, I was put in full hair and makeup, a wig, and told what to wear by a group of mostly older men. I didn’t want to become any sort of man hater because I love all humans; I am a humanitarian. Beyoncé said, ‘Girls run the world,’ and that was an important thing to say because I think subconsciously we are beaten down to believe that it isn’t true our whole lives. It’s no wonder that a lot of people lose their way and lose who they really are because they always have people telling them who to be.”

“I think I show people that they can be themselves. I also think something that has been important for me, in this next little, like, transition phase of my career is that I don’t give a fuck about being cool. I just want to be myself.” — @MileyCyrus opens up in our August 2017 cover story, link in bio. Interview by #jessicapressler Photography by @studioakrans Styling by @tom_van_dorpe Cyrus wears @chloe

“The Guardians of the Galaxy Vol. 2” actress noted that some people have pointed out that she is different, yet the “Wrecking Ball” singer does not take offense.

“People get told that it’s a bad thing to change,” said Cyrus. “People will say, ‘You’ve changed.’ And that’s supposed to be derogatory. But you are supposed to change all the time.” 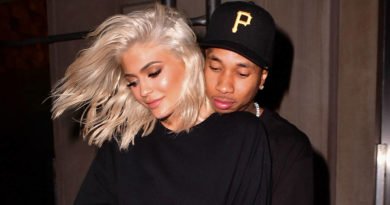 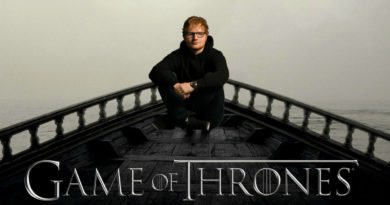 One thought on “Miley Cyrus Revealed: ‘I felt sexualized’”