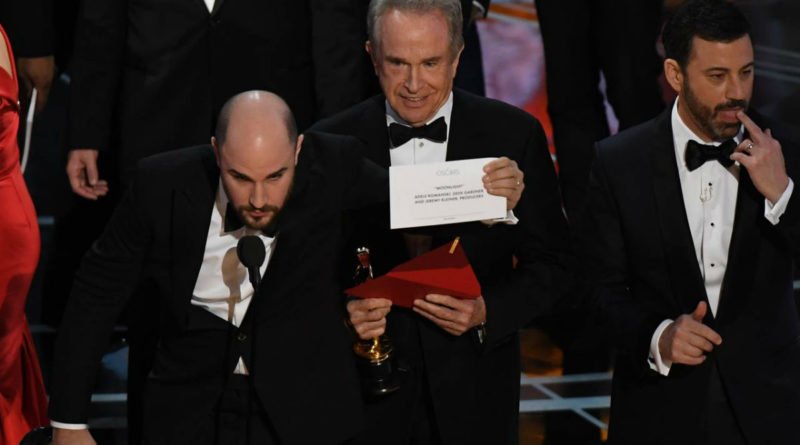 The 89th  Academy Awards ceremony will probably be remembered for a massive mistake after Faye Dunaway awarded “La La Land” the best picture Oscar and not for the night’s big winners.  Actually, the award should have gone to “Moonlight” instead.

For a while, “La La Land” lovers enjoyed the victory, while  “Moonlight”  fans tweeted their desperation. Suddenly, in an awkward turn of events, it turned out to be fake news.

At the end of the Oscars evening while presenting the best-picture award Warren Beatty and after some hesitation, the presenter Faye Dunaway announced that “La La Land” was the winner. As “La La Land” speech began, a producer of that film made it clear that “Moonlight” was the winner.

Here’s how it happened.

During the time that  “La La Land” cast was congratulating one another and giving their speeches onstage, producer Jordan Horowitz suddenly announced that “Moonlight” is the actual winner of the Academy Award for Best Picture.

He showed the card and proved that “Moonlight” won and as soon as the “Moonlight” cast took the stage, chaos occurred.

Warren Beatty took the whole responsibility for the gaffe and explained that he and Dunaway had been given a card with the winner for best actress  that sure was Emma Stone for “La La Land”  and that Dunaway had then mistakenly read that as the winning film.

“I opened the envelope and it said Emma Stone, ‘La La Land.’ That’s why I took such a long look at Faye, and at you,” Beatty told the crowd amid the confusion on stage. “I wasn’t trying to be funny” –said Faye Dunaway.

Later that night, Emma Stone said  backstage that she had the card from which her best actress win had been read on her while the slow-motion disaster unfolded, so it couldn’t have been that they switched hers with “Moonlight’s.”

“I also was holding my best actress in a leading role card [from the envelope] that entire time,”she said.

“I guess we made history tonight,” she added after saying “Moonlight” deserved the win. “I don’t even know what to say. I was still on such a buzzy train backstage that I was on another planet already. This felt like another planet. I think it’s an incredible outcome but a very strange happening for Oscar history.” 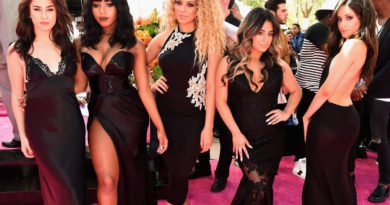