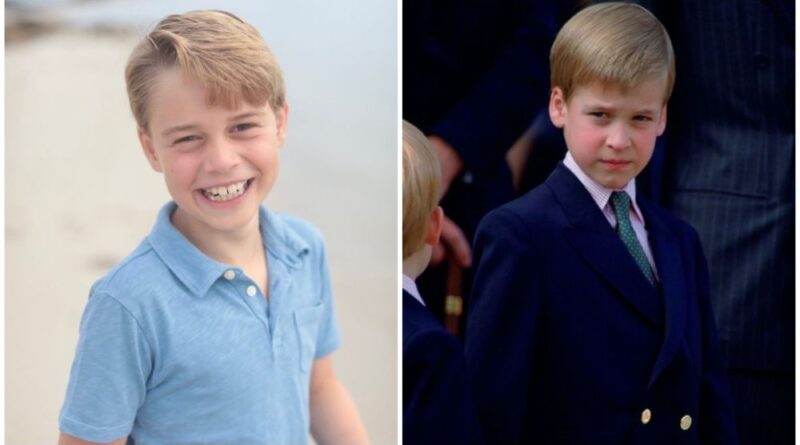 Prince George’s recent birthday portrait, celebrating him turning nine years old, has got royal fans talking – and they all agree the young prince is strikingly similar to his father!

When comparing Prince George’s features in the photo – which keen photographer and mum Kate took on their holiday earlier this month – to Prince William’s we can see that many of them, from his infectious smile and sparkling eyes to his blond locks, are very much alike.

Young Prince George isn’t the only one in the Cambridge family who has been said to be the spitting image of the Duke of Cambridge.

Even the Duke and Duchess of Cambridge have bestowed upon seven-year-old Princess Charlotte the title of Prince William’s mini-me, in particular during a 2020 outing when they confused photos of the two.

“Is that me?” William asked while holding a photo of himself as a youngster, before commenting: “Because that looks just like Charlotte. That is incredible.”

Kate quickly added to the sentiment: “It looks so much like Charlotte.”

Not to be left out, the Duchess of Cambridge also has a mini-me in her son Prince Louis. Over the years mum-of-three has acknowledged that her four-year-old bears a striking resemblance to his mum.

“Everyone always comments on how Louis is the spitting image of Kate,” an associate of the Royal Family previously said, finishing their thought: “She loves it and thinks it’s very sweet — she often jokes that he’s the only one of her kids who actually looks like her!”

Kate and William have made many preparations to allow their children to have as normal a childhood as possible, without forgetting their roles within the Royal Family.

“George is more reserved, and Charlotte is more outgoing,” an insider stated, saying: “Maybe it’s because he’s the heir and one day he might be King.”

Louis, however, has shown he has a bit of a “cheeky” side even at his young age, especially during Her Majesty Queen Elizabeth’s Platinum Jubilee celebrations last month.

“He’s a cheeky monkey — a typical third child,” a Royal Family insider stated. “It’s nice that the world got to see him enjoying himself.” 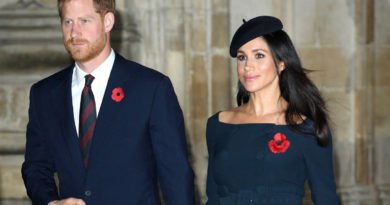 Prince Harry And Meghan Share A Heartwarming Message With Their Fans 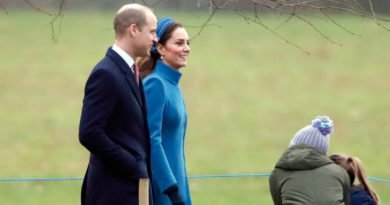