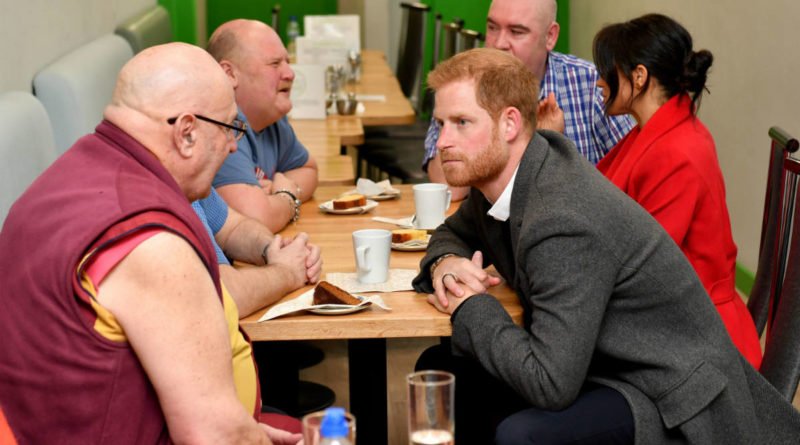 The Duke and Duchess of Sussex made a visit to Birkenhead.

Prince Harry and  Meghan Markle paid a visit to Tomorrow’s Women organization where they listened to the stories of the women who got help from the organization during difficult times. The couple also took part in a group hug after the Prince officially declared himself to be a feminist. Yay, I guess? I mean gender equality is great and all, but third wave feminism… The CEO of the organization, Angela Murphy said: “Harry initiated a group hug – there were about 15 women – it was a scrum. He said ‘come on, group hug’. You don’t expect that.”

The goal of Tomorrow’s Women is to support women who are in vulnerable circumstances, and the organization itself has around 6,500 registered users at the moment who are taking part in training, workshops and support groups around mental health, domestic abuse and addiction.

Angela was delighted by the Duke and Duchess’ visit, saying: “They were so good with the women, they were interested in them. They engaged, they initiated conversations with the women and they were just so warm. The conversation flowed so easily, there was never silence, in fact, it was very difficult to get them to move from one venue to the next.”

She added: “Harry said, ‘I’m a feminist’. Harry said it’s really important that men are involved. It’s true, you’ve got to be working together. There’s no divide between men and women with regard to these issues.

“I watched them as the women were talking, telling their stories about what had led them to Tomorrow’s Women and a lot of them have gone through a lot of pain, to eventually end up here and they were so interested, you know. They didn’t lose interest. They were here a long time and they heard a lot of women talk. They touched every woman, they actually went and shook hands with every woman who was in the room.” It seems that Angela was especially pleased with the Duchess, getting along very well. She had this to say: “Meghan was very clear about the fact that she really wanted to promote empowering women and our strapline is women supporting women. She said (putting a hand on her heart) ‘Oh this is true to my heart’. She’s lovely, really lovely. Very considerate to the women as well, very interested.”

READ NEXT: Why Meghan And Harry Missed Kate’s Birthday Party At Anmer Hall? 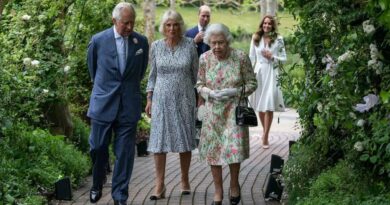