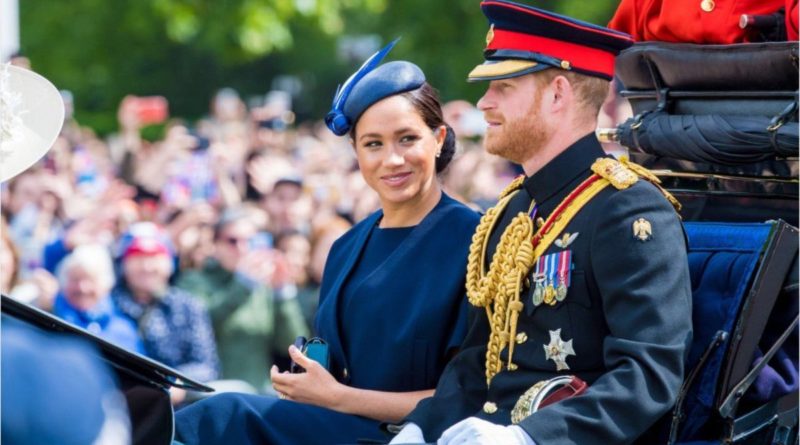 After splitting up and the Cambridge completely taking on the Royal Foundation, the Duke and Duchess of Sussex are looking forward to starting their own charitable project.

Finalizing the spilt. After in March we got the news from Buckingham Palace that the Sussex and Cambridge would be separating their households, it was just a matter of time until the Royal Foundation would follow suit. And on Thursday, we got just that. Kensington Palace confirmed that the joint charity of the two couples will become two, with Kate and William sticking with the Royal Foundation, which will be renamed the Royal Foundation of the Duke and Duchess of Cambridge, while Prince Harry and Meghan will start up their own charity foundation project.

This decision came after a formal review of the foundation’s structure surveyed whether it was possible for the two couples to continue working on projects despite such different paths ahead. On Wednesday Prince Harry and Prince William attended a board meeting together to discuss on the topic and finalize the details. In the end, they decided for Prince William and Kate to be left with the Royal Foundation, while the Duke and Duchess of Sussex will begin their own charity that is yet to be named.

The media is all over the case, with some taking it as a final nail in the coffin of the couples relationship and split, while others just look at this as a “new chapter” for both sides and an opportunity for Prince Harry and Meghan to carve their own path. This charity was started in 2009 by Prince William and Prince Harry when they were both young bachelors in their 20’s. But times have changed and both brothers have grown up and started going on their separate paths. This will be a chance for Prince Harry and Meghan to shine in the spotlight solo, without Kate and William.

Palace aides are adamant that the reason for the separation is the “diverging paths” that the couples have taken. In the future this will only be more noticeably, as when Prince Charles becomes king, Prince William will take over his father’s roles as Prince of Wales and Duke of Cornwall. When all those changes take place, the Royal Foundation will face some restrictive boundaries that Harry and Meghan will never have to worry about.

“This is their chance to stamp their own personality on their charitable work.”

“This allows the Sussexes to do things exactly how they want,” a palace source tells BAZAAR.com. “Their operating style is very different from Cambridge and so having their own space to think as big as they like, working on a global scale, is perfect for them.”

In the following months, both Harry and Meghan, who is still on maternity leave, will be working closely with their team and receive pro bono operational support from the Royal Foundation as they make first drafts on what their organization will look like. As before, their charity model will still involve incubating new initiatives that are either one-off projects or bigger programs that will eventually become standalone charities.

“This is their chance to stamp their own personality on their charitable work,” a second source tells BAZAAR. “Not only will their new foundation stand the test of time, but it will allow them to do some very ambitious things. Their charity will provide them with an opportunity to create something that will be their defining work—and it’s entirely theirs.”

Another royal aide has said that the couple has already jumped to it, but the plans for “Project Sussex Foundation” are still in its infant stage, as preliminary paperwork is only now being filed. Harry and Meghan have set a goal though, waiting for it to be fully operational till the end of the year. “The couple is very excited”-a Buckingham Palace source has aided.

Funds previously raised for the Royal Foundation will remain within the organization, with any money that was supposed to go to projects such as Meghan’s Hubb Community kitchen, and the foundation will remaining with that project wherever it goes next.

It’s likely that all initiatives belonging to the couple will move over to their own foundation, although there is talk for specific programs, such as Prince Harry’s military charity The Endeavor Fund, which is quite independent having its own board and finances, to potentially roll into his Invictus Games Foundation, or even be taken on by another charity. “There are multiple scenarios being discussed,” says a spokesperson for the couple. Prince Harry’s mental health documentary series with Oprah, due to be released on Apple TV+ in 2020, will also make up part of the portfolio of projects under the new charity’s umbrella.

Even though the changes to the Royal foundation will mean a small number of layoffs will happen, new jobs will also be created with the new Sussex charity.

Despite the spilt, the two couples will continue to work together on other projects, such as on Heads Together projects, which will remain at the Royal Foundation and includes their legacy project Shout, the U.K.’s first text-based crisis support service. “These are big issues that they universally care about,” says a Royal Foundation source. “That won’t change.” And Kensington Palace isn’t ruling out a scenario where the Cambridge step forward to support Harry and Meghan on some of their own foundation’s initiatives.