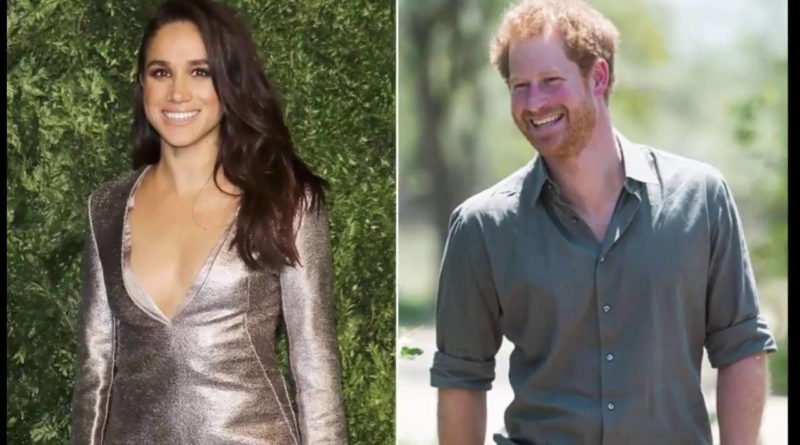 Meghan Markle has given lifestyle tips and advice on her site The Tig for three years, The Sun reports.

Nevertheless, it attracted restless attention right after she started dating the Prince.

Meghan Markle has closed her blog, which is the strongest indication yet that she is heading toward HRH status: #PrinceHarry #TheTig pic.twitter.com/rypgkldaxn

The Suits star announced “What began as a passion project (my little engine that could) evolved into an amazing community of inspiration, support, fun and frivolity.”

Adding “You’ve made my days brighter and filled this experience with so much joy”.

Markle signed off by saying “Thank you for everything”.

Is this a sign that Meghan Markle and Prince Harry’s engagement announcement could happen soon. If a Kate Middleton Twitter fan account is to be believed. Twitter user @HRHKateBlog may have a point when she  hypothesizes on the reason Markle’s blog, the Tig, is shut down.

But according to People, Meghan’s determination to shut down the blog has nothing to do with Prince Harry with her growing professional commitments.

An insider shared that maintaining blog is a “full-time job” and Meghan just doesn’t have time for because she’s taken on more humanitarian work and an expanded role on Suits.

“She wants to focus this season of Suits,which just starting filming and spending more time in the field on her philanthropy.”

am i reading into it too much or is it kinda bad that meghan’s name isn’t in this after all the rumors of her leaving suits i’m ? https://t.co/1FAzDOhn8X

Moreover she moved in with Prince Harry at his Kensington Palace cottage for several months after the New Year. The 35-year-old actress only returned to her Toronto home when it was time to reoccupy with her filming for the next season of Suits.

There are spreading plenty of rumors about that this is Meghan Markle’s last season playing Rachel Zane on the Suits. And that news combined with the news about the Tig and the growing intimacy between Markle and Prince Harry, it seems to lead on the way to the possibility that Meghan will soon exchange her Suits career to become a princess.

Meghan Markle is leaving the tig, and now i’m scared about Suits

Us Weekly wrote that Prince Harry and Markle “have been traveling a lot” together lately. It reminds the readers that an insider told that Harry and the Tig writer are planning a future together.

“[They] have spoken candidly about their future. They see a life together.”

Markle didn’t explain when she posted her farewell message to the Tig’s fans. She said that it was “time to say goodbye to the Tig,” and that could mean anything.

Meghan described how the Tig began as a “passion project” in the days when she had more time and she closed out her final post with a special message of inspiration.

“Keep finding those Tig moments of discovery, keep laughing and taking risks, and keep being ‘the change you wish to see in the world.’ Above all, don’t ever forget your worth.”

Prince Harry ‘to Give Meghan Markle An Engagement Ring Made From Princess Diana’s Bracelet’?

Prince Harry and Meghan Markle for the first time on romantic getaway together.

What Would Meghan Markle’s Title Be If She Marries Prince Harry?