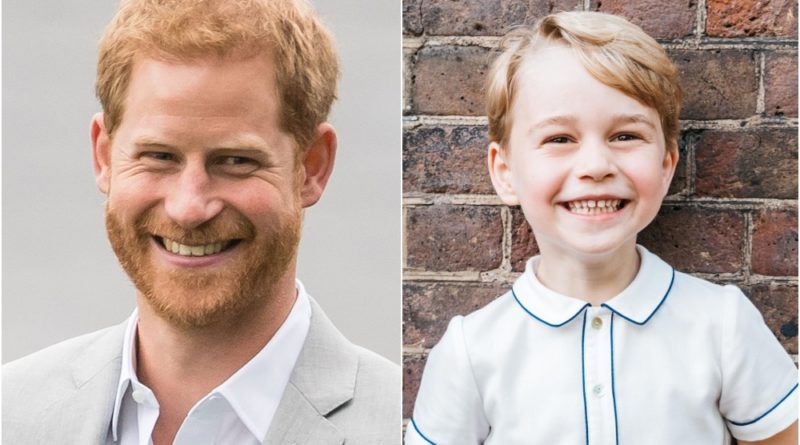 We are 100% sure that Prince Harry is an incredible uncle to little George, Charlotte and Louis. And it seems that the Prince has a particularly special bond with his first nephew.

Tonight, Harry and Meghan were guests at the WellChild Awards, held at the Royal Lancaster Hotel in London.

The couple had a chance to talk with the winners of the WellChild Awards. Having a conversation with 10-year-old Chloe Henderson she asked them what are their favourite Disney movies.

So, Prince Harry revealed that his favorite one is The Lion King. And we already know that it is also one of Prince George’s favorite movies.

#WellChildAwards Winner Chloe, aged 10 – Chloe was born 10 weeks early and has cerebral palsy which left her unable to walk. Though she cannot stand or walk unaided, in 2014 Chloe became the first disabled child in the country to pass her pre-primary ballet award with the prestigious Royal Academy of Dance. ______________________________________________________ The Duke and Duchess of Sussex met young winners of the 2018 @WellChild Awards, which celebrate the inspiring qualities of some of the country’s seriously ill young people and the dedication of those who go the extra mile to keep children healthy and happy. The Duke of Sussex has been Patron of WellChild, the national charity for seriously ill children and their families, since 2007.

Meghan said that she “always loved the Little Mermaid.”

But, the couple is also fans of Zootropolis and Moana. And Harry revealed his favorite part in Moana: “when the chicken [Heihei] comes up and he finds himself out at sea in a boat.”

Meghan then revealed a very sweet detail about her husband. The Duchess told Chloe that she should watch the film Ballerina, and that Harry liked it because the main character had red hair.

Harry later delighted Chloe and her elder sister Hana, who was at the event with her, by saying: “We want to come round your house for movie night. “You’d be very welcome,” Chloe replied.

Harry has been patron of WellChild, the national charity for seriously ill children and their families, since 2007.

They honored the inspiring qualities of some of the country’s seriously ill young people and the dedication of those who go the extra mile to keep children healthy and happy. This event was the couple’s second engagement following their summer holidays.

In a foreword for the event’s official programme, Harry wrote: “We are celebrating remarkable stories of hope, resilience and selflessness. “The children and young people you will meet tonight are coping with challenges few of us can imagine, yet they inspire those around with such positivity and determination every day.”

He also highlighted the nurses, consultants and other health professionals “who have dedicated their lives to giving children and young people with serious health needs the very best chance to thrive and flourish”.

READ NEXT: Harry And Meghan Revealed The One Thing They Don’t Like About Being A Royal