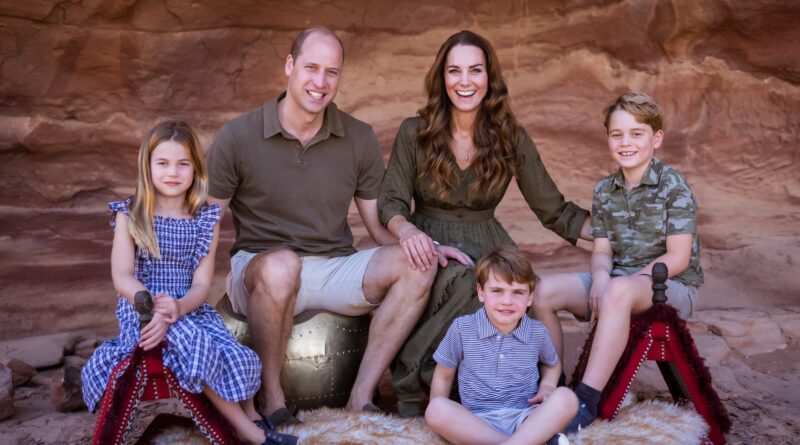 The festive period is upon us. And in keeping up with tradition, the Duke and Duchess of Cambridge have shared a new portrait of their family, which will be featured on their 2021 Christmas card and will give fans a brand new look at the noticeably grown up George, Charlotte and Louis.

The couple shared the photograph on their official Instagram account on Friday, writing: “Delighted to share a new image of the family, which features on this year’s Christmas card.”

The photograph shows the family-of-five posed in front of a stone background, with this interesting background being revealed to be Jordan, according to Kensington Palace, taken during a private family trip.

“The Duke and Duchess of Cambridge are pleased to share a new photograph of their family,” the statement reads. “The photograph, which features on Their Royal Highnesses’ Christmas card this year, shows The Duke and Duchess with their three children Prince George, Princess Charlotte and Prince Louis in Jordan earlier this year.”

The country has a special meaning for Kate as she lived there for two years as a child when her father worked for British Airways. Prince William has also visited the country as part of his tour of the Middle East in 2018.

The royals are all smiles in the 2021 Christmas card photo, with Kate being dressed in a khaki dress as she sits to William, who is wearing a matching polo shirt. The both of them have one hand on the others knee, while their other hand is around George and Charlotte. The youngest, Prince Louis, is happily seated right in front of his mother Kate.

Last year’s down-to-earth photo was taken in the fall by photographer Matt Porteous at Anmer Hall, the family’s country home in Norfolk. Last year outfits were synchronized, with all five wearing cozy sweaters. The photo had all of them perched on a haystack in front of a large pile of logs, with smiles all around, with the biggest grin coming from Prince Louis, who was as always front and center.

For 2019 we also got an iconic photograph of the Cambridge family, with all of them posed on a vintage motorcycle sidecar. In 2018, much like 2020, the family were at their country home and were coordinated in their outfits, all of them wearing some kind of casual combination of blue and green.

Usually, Prince William and Kate spend the Christmas festivities with the other royals at Sandringham with the Queen. However last year was an exception due to the pandemic, with the Queen and the late Duke of Edinburgh spent their holiday quietly at Windsor Castle.

In 2019, the last normal Christmas, marked a debut of Prince George and Princess Charlotte on Christmas morning, as it was their first time joining their parents and other royals for the annual walk to church service.

One thing that we might be certain of is that Prince William and Kate wont be afforded the luxury of a late Christmas morning, as the kids have always been eager to start the festivities early in the morning. In 2018 while on route for the church outing, Kate and William talked with the well-wishers gathered outside, revealing that their kids had woken them up very early. William was quoted saying: “This morning was about 5 a.m.”, when asked about when they woke up by a fan, with the crowd simultaneously laughing and groaning at the early time. 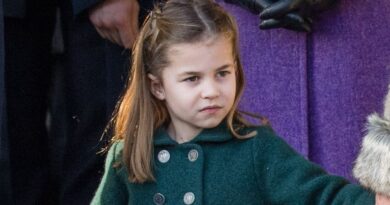 Video: Princess Charlotte Gave Her First Curtsy To The Queen