Members of the royal family have started gathering at the Queen’s Balmoral estate in Scotland this week as public scrutiny rises after Prince Andrew’s lawsuit. Prince William and Prince Charles have restarted the conversation around Prince Andrew as the scandal over alleged sexual abuse has brought more scrutiny for the Duke of York and the royal family.

“First and foremost, Charles and William are united; there will never be a return to public life for Andrew,” a source told the Mirror on Thursday.

The source added that the direct heirs to the throne, “along with members [of the royal family], are undoubtedly increasingly concerned about the effect all of this turmoil could have on the Queen.”

William previously was part of the discussions around Andrew’s step back from royal duties, so it’s understandable that the future king-Prince William is currently third in line to the throne-would play a key part when it comes to making decisions that impact the monarchy and family as a whole.

A palace source said that “Senior members of the family were involved” in Andrew’s decision to “step back” from public duties back in 2019.

Since then Virginia Roberts Giuffre filed a lawsuit on August 9th, 2021 in New York claiming that the Duke of York had repeatedly forced her to participate in non-consensual sex when she was under the age of 18.

This, understandably, has caused increased concern in the royal family, with senior royals being worried about the possible consequences of the whole thing, as it might create “unwelcome reputational damage to the institution” of the monarchy, a source close to Charles has reported. Prince Andrew has repeatedly said that Giuffre’s accusations are false, but as of yet nothing can be confirmed and taken for granted.

On Friday, Prince Charles was seen joining what appears to be a royal summit of some kinds at the Queen’s Balmoral Estate in Scotland. He and his wife Camilla, Duchess of Cornwall, arrived at Birkhall, their residence on the estate, as can be seen from photos obtained by the Daily Mail.

The Queen usually spends the month of August here, with the monarch arriving in Scotland a few weeks ago, being officially welcomed to Balmoral Castle on Monday just hours before the news of Giuffre’s lawsuit filing broke.

As of now we know that the judge ordered the first hearing in the civil suit via teleconference on Sept. 13.

Not long after Charles and Camilla, Prince Andrew and his ex-wife Sarah Ferguson also joined the Queen at Balmoral on Tuesday, with Princess Eugenie, the Duke and Duchess of York’s younger daughter, arriving next with her family on Wednesday.

On Thursday it was reported that Charles was growing more resolved in the decision that Andrew would not return to life as a working royal. Not quite the severe punishment that is needed if the accusations turn out to be true, but it is a start.

The Prince of Wales “long ago concluded that it is probably an unsolvable problem,” a source close to the future king told the Times of London.

“This will probably further strengthen in the prince’s mind that a way back for the duke is demonstrably not possible, because the specter of this [accusation] raises its head with hideous regularity,” added the source.

READ NEXT: Kate And Meghan Consider Working Together On Netflix Show 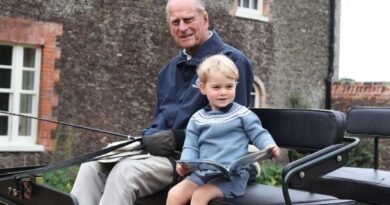 Prince William Urged To Become Prince Regent! What Does It Mean?