Prince William has shared the recipe for his homemade Bolognese sauce for a new cookbook. His dish is one of 120 recipes inside A Taste Of Home, which will be sold to raise funds for a homeless charity The Passage, which he is royal patron of.

To make the sauce, heat the oil and butter in a large saucepan and fry the onion over a medium heat until just softened, then add the carrot and celery and cook for a couple of minutes, stirring.

Use a fork to crumble the mince and add that to the pan, stirring to mix all together. Cook until the meat is no longer pink but do not let it brown. Pour in the wine and continue cooking until it has all evaporated. Then turn down the heat and stir in the milk and nutmeg, and cook over a medium heat until the milk has evaporated. Stir through the tomatoes and purée then season to taste with salt and pepper. Simmer very, very gently, uncovered, for about three hours, stirring from time to time.

When your sauce is ready, bring a big pot of water to the boil and add a teaspoon of salt. Add the pasta to the water, stir well with a wooden spoon and cook as per the packet instructions. Drain well. Divide the pasta between four bowls and add the hot sauce to each serving. Sprinkle with the parsley and serve the parmesan in a small dish.

Prince William says: “I am the first to admit that I am not an excellent chef. The last time I was allowed into the kitchens at The Passage I made a spaghetti ­bolognese.

“What struck me the most was how sharing makes people who are experiencing homelessness feel right at home.”

Last year the Duchess of Cambridge revealed that Prince William tried to impress her with his cooking skills during their early days of dating. But there was one dish in particular that he loved to make while they attended the University of St Andrews in Scotland.

Speaking to Mary Berry on A Berry Royal Christmas, Kate said: “In university days he used to cook all sorts of meals.

“I think that’s when he was trying to impress me, Mary!

READ NEXT: Prince Philip New Hobby That Connects Him To Prince Louis

Kate’s Secret Shopper Revealed! And It’s A Member Of The Royal Family 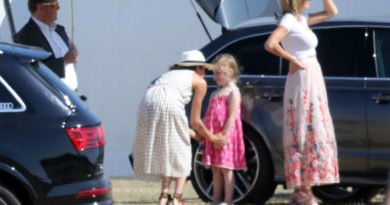 This Is A Proof Meghan Will Make ‘Great Mum’