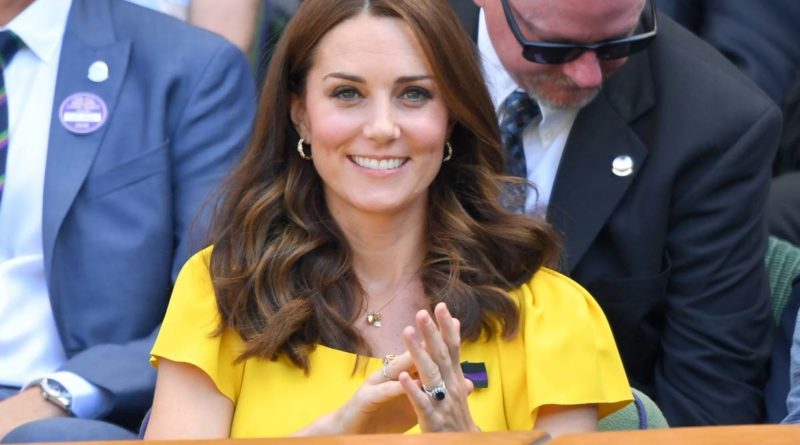 Just like almost half the world, the Duchess of Cambridge is also obsessing over Prince Harry and his marvelous new wife, Meghan Markle.

Even the Queen has shown some fondness towards the new Duchess.

The Duchess Of Cambridge is enjoying having a sister-in-law immensely-for a  number of reasons.

The two royals were spotted together at Wimbledon a couple of weeks before, and are said to be growing closer since then.

And according to royal reporter Katie Nicholl, Kate’s loving one thing about Meghan in particular.

And it’s not the fact that Meghan makes Harry happy, even though it’s a big plus.

Kate really enjoys not being the center of attention for once.

“Friends say that she is thrilled that the spotlight isn’t on her at a time when she wants to enjoy being with her family and remain relatively low-key.”

And what better time for Meghan to steal the spotlight, as Kate just gave birth to her third child, Prince Louis, in April and could use the peace and quiet.

Nicholl’s also wrote about the fact that Harry sought out Kate’s approval before marrying Meghan.

“Harry and Kate are very close, she’s been like a mentor to him and he wanted her seal of approval,” a source told Nicholl.

How sweet of Harry.

Its great to see the two Duchess’ bonding, and it’s even better that Kate is getting a bit of privacy.

READ NEXT: Why William And Kate May Never Move Into Buckingham Palace?