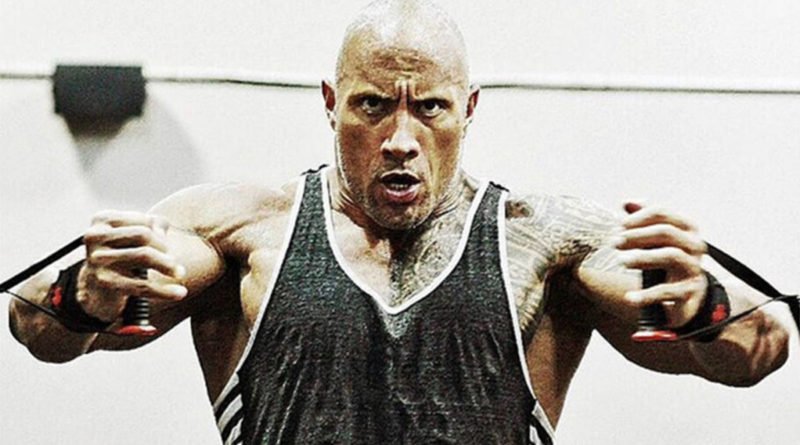 Do you know the scene in “Rocky IV” when Ivan Drago shows off his brute strength in many different workouts that make you question whether he is a machine or a human being who breathes the same air as we do?

Well, recently the action superstar Dwayne Johnson released his version of his ultimate workout via his official YouTube page.

The video is called “The Rock’s Ultimate Workout.” In it, the world famous actor and one-time WWE superstar Dwayne Johnson does a whole bunch of workouts in the gym that are incomprehensible to those who casually work out. Dwayne turns up the intensity to 100 and leaves it there. He makes that high-intensity workout look easy and encouraging.

“Blood, sweat, and respect,” Johnson says at the start of the edited clip. “The first two you give. The last one you earn.” Well, you’ve definitely earned ours!

This is not the first time that he opens up to the fans. On his official YouTube channel you can watch more videos from his workouts to him rocking with Rob Gronkowski and giving acting advices to Tom Brady.

Considering his upcoming movies including The Fate of the Furious, The Rock must maintain a well-muscled physique and spend a little more time at the gym.

Wanna see how much The Rock is sweating? We share you his video below.