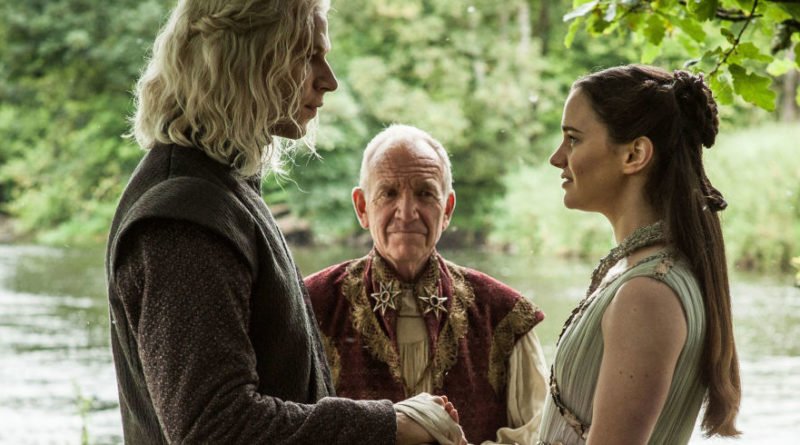 Every man, that gets married in the woods, must die. Watching the Season 7 finale of Game of Thrones, we concluded that the name of the episode, “The Dragon and the Wolf,” isn’t referring only to Jon Snow and Daenerys. Instead, it symbolizes the union between Jon’s mom and dad. That will be Lyanna Stark and Rhaegar Targaryen.

And now it appears that the episode title may have been referencing another ‘wolf’ too.

After the flashback scene of Rhaegar and Lyanna’s marriage in the woods, fans of the show, at last, have evidence that Jon is a Targaryen and the rightful heir to the Iron Throne.

And this information, changes all the things we knew about Game of Thrones. We are not only concerning the disclosure about who Jon really is, but also how it happened.

SEE ALSO: ‘Got’ Star Kit Harington Reveals Who He Thinks Should Sit On The Iron Throne

The books by George R.R. Martin, led the readers to think that Rhaegar believes in a prophecy claiming “the dragon has three heads.”  And, that in order to fulfill it, he must have a third child. Because of this, the fans made their theories that he left his wife, Elia Martell, and married Lyanna Stark. And now the show has confirmed the idea.

However, in the series, Bran doesn’t mention anything about a prophecy. He explains that Rhaegar and Lyanna were simply in love.

And maybe, in order to reinforce the idea that love was the reason they married, the scene appears to go back to another tragic romance.

The wedding of Robb Stark and Talisa Maegyr has a staggering similarity to Rhaegar Targaryen and Lyanna Stark’s.

Both Starks were promised to someone else and the two weddings happened in the forest. Moreover, we join them at the same times, when both couple has a ribbon tied around their wrists and say the traditional words.

The two couples fought to stay together, in spite of all the reasons they should have stayed apart. And last, they paid the ultimate price. They all died. During Robert’s Rebellion Rhaegar died, Lyanna died after giving birth to Jon, and Robb and died at the Red Wedding.

When the obvious similarities between the scenes were told to Game of Thrones actor, Isaac Hempstead Wright, that plays Bran Stark and was present at Rhaegar and Lyanna wedding, he said, “Exactly!”

Isaac continued, “I think that was actually quite nice, like you said, maybe it bore some resemblance to Robb Stark’s wedding because these are characters who have genuinely been in love, and I think that’s a nice surprise.”

He talked about the importance of the moment too. “We all thought Jon Snow was this product of a rape or something like that, but actually these two characters were really in love. Jon is the real heir to the Iron Throne and the product of a happy loving moment between two good people.”

Perhaps this scene is a proof that prophecies on the series don’t really matter too. The true and important lesson in Game of Thrones is that love conquers all …

SEE ALSO: Isaac Hempstead Wright Reveals Why Bran Could Be The Night King 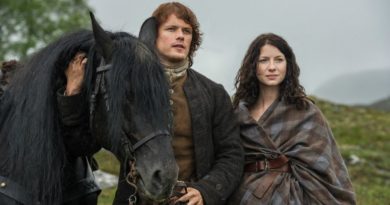 Outlander: Five Things We Want To See In 2018