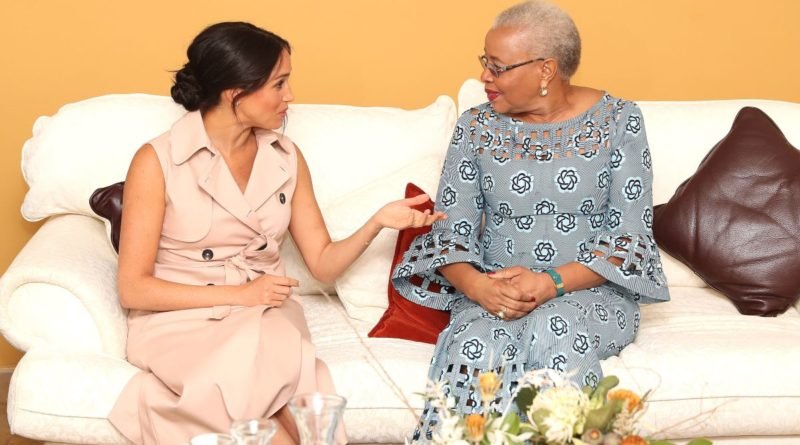 And for her meeting, the Duchess decided to go for an outfit that we have already seen her wear, but there is a reason for this dress.

Meghan Markle made sure to pack a bunch of stunning outfits for her royal tour to Africa, with her choice of outfit for her meeting with Nelson Mandela’s widow has attracted special attention.

For her first engagement of the day, the Duchess went with a white shirtdress while visiting a township near Johannesburg to meet inspiring local youth entrepreneurs with Prince Harry, and before they could continue to their next engagement Meghan had a change of outfit. For their meeting with Graca Machel, Meghan went with her NONIE Trench Dress.

This isn’t the first time she has worn this outfit, previously wearing it to another event celebrating Mandela — on July 2018, she debuted the ensemble at an exhibition marking the centenary of the South African anti-apartheid revolutionary’s birth. If you take a look at photos from 2018 and from this years tour, you can find no difference.

Nina Kharey, Founder & Creative Director of NONIE, tells PEOPLE: “I’m honoured she chose to wear the sleeveless trench dress again and it’s amazing to know she keeps this piece in her closet as a staple. She styled the garment very similar to the first appearance, looking effortlessly chic for her last day in South Africa!”

After debuting the look in July 2018, Kharey stated that she was aware that the Duchess of Sussex had a few of her pieces in her wardrobe, but that didn’t diminish the excitement when she finally saw the Duchess in the outfit.

“She looked amazing! It’s so surreal — I couldn’t believe it was mine. I had to keep double-checking,” Kharey said. “It’s definitely a good feeling, especially when someone wears it so well. And she’s such a positive woman.”

The woman who created the Canadian brand added that the Duchess of Sussex styled the modest  $825 dress from the brand’s Spring/Summer 2018 collection “perfectly”, combining it flawlessly with a clutch and heels, and finishing off her look with simple stud earrings and her signature messy bun.

Meghan has recycled multiple pieces from her closet for her 10-day tour of Africa, including a number of dresses she wore last year during her last royal tour, when she and Harry visited Australia, Fiji, New Zealand and Tonga.

For the first day of her South Africa tour, Meghan arrived at the District Six Museum in a sky blue dress featuring a wrap waist and button details down the front that she debuted during the couple’s visit to Tonga’s Tupou College in October of 2018. Another thing Meghan rewore is a striped maxi dress by Martin Grant that she had previously sported during a barefoot visit to Bondi Beach.

When she surprises Skyped and chatted with women at the Nalikule College of Education in Malawi, Africa, the Duchess of Sussex wore a short-sleeve khaki green V-neck linen midi dress, the same that she wore  back in July, when she took baby Archie out to cheer on Prince Harry at the King Power Royal Charity Polo Day.

The piece, designed by Lisa Marie Fernandez, retails for $595 and is designed for a loose fit. It comes with a tie belt to cinch in at the waist if needed, though Meghan appeared to leave it open on Sunday, as she had done when she first wore it.

READ NEXT: Harry And Meghan Are Taking Legal Action Against British Tabloid Press 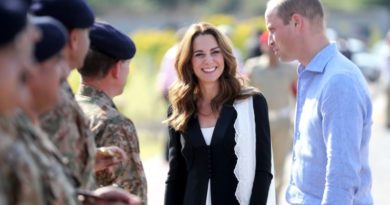