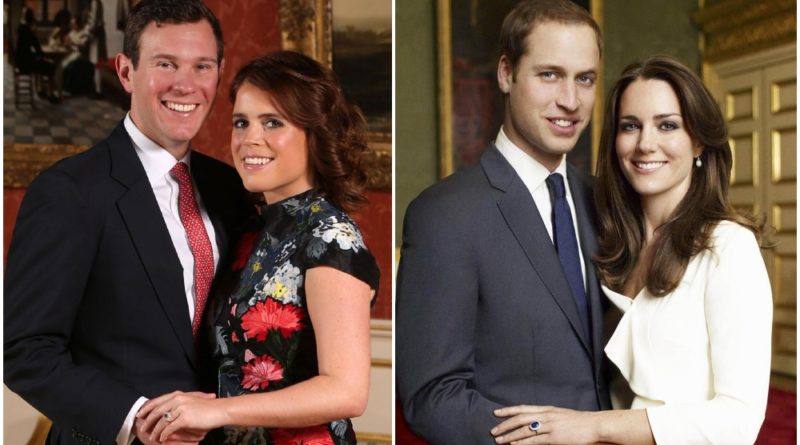 While everyone is comparing Eugenie and Jack’s wedding to Meghan and Harry’s wedding, some fans noticed a similarity between Eugenie’s and Kate’s rings.

Princess Eugenie and longtime boyfriend Jack Brooksbank are getting married on Friday, October 12. The couple announced their engagement back in January. And they released their official engagement portrait were we saw Eugenie’s engagement ring for the first time.

As you can see from the photos, it is undeniable that Kate’s and Euegenie’s rings share several similarities. First they are similar in size. Second, they have a flower-like quality about them and both have a striking coloured stone at their centre.

So, did Eugenie copy Kate’s engagement ring? And the answer is: NO!

Instead, her ring is a copy of the engagement ring given to her mother, Sarah Ferguson from her father, Prince Andrew.

Fergie’s ring is designed by Garrard & Co. When asked about the ring in their first official interview as a couple, she described it as “stunning” and “red.”

It is a large ruby stone, surrounded by a halo of 10 diamonds. And it features a similar design to Princess Diana’s engagement ring.

Garrard & Co also created Kate’s engagement ring, which previously belonged to Princess Diana. Considering both of the rings were made in the 80s it’s understandable that they would be similar.

Jamie Samhan, the deputy editor at Royal Central explained to Marie Clare: “Many people noticed the resemblance to the Duchess of Cambridge’s engagement ring, that once belonged to Diana, Princess of Wales.

“The reason that they look very much the same is that Diana’s ring was by Garrard & Co in 1981 and Sarah’s ring was from the same designer a few short years later in 1986.

“Prince Andrew did personally design the ring that was given to Fergie, compared to Diana’s that was from the collection, but most designers tend to stick to a signature style. So when Jack set out to create a ring for Eugenie just like her mother’s, the groundwork that it would also resemble Diana/Kate’s ring was already there.”

TLC will exclusively broadcast the Eugenie and Jack’s wedding live in the US and ITV will air the ceremony in the UK.

READ NEXT: This Gesture Shows William Was Relieved To Have Wife Kate By His Side 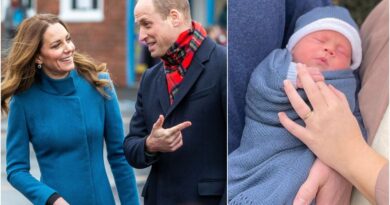