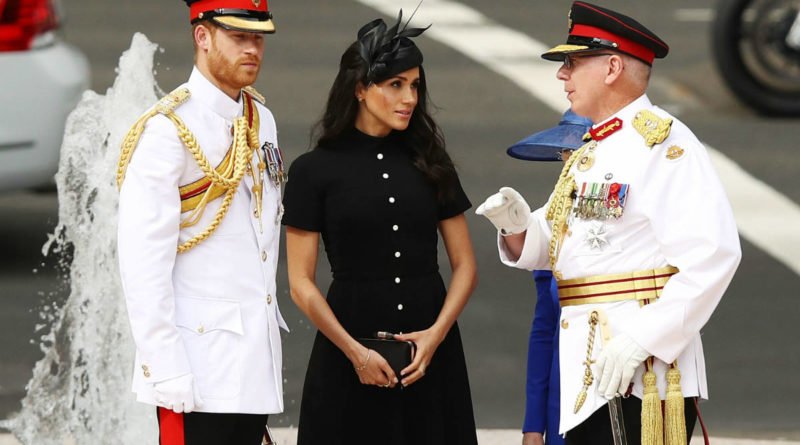 How are Prince Harry and Meghan Markle’s first ever overseas tour as a couple going?

On the fifth day of their 16-day royal tour, Prince Harry and Meghan Markle helped unveil a war memorial at Sydney’s Hyde Park. The Duchess, who is currently pregnant, has been stunning the crowds with her fashion choices throughout the trip and this was no exception. She looked absolutely stunning in a black Emilia Wickstead dress, all thanks to a little help from her close friend and stylist Jessica Mulroney. And it seems there is a reason why she went with that specific dress for her visit to the Anzac Memorial alongside her husband. All throughout the tour, the 37-year-old has donned a number of ensembles done by Australian designers, which is a way in which she pays respect to the hosts of the tour. But there is just one thing, Emilia Wickstead isn’t from Australia, she is actually from New Zealand. This is quite interesting, as the Anzac Memorial, designed in the 1930s by Bruce Dellitt, is not only to honor the Australian soldier for their sacrifice but also the New Zealand ones as well.

This is a great subtle nod towards the alliance that happened between the two countries. This isn’t the first time that the Duchess has worn an Emilia Wickstead, as she also wore a little black number to a garden party while visiting Dublin. It was quite the controversial choice at the time, as Emilia, 34, had made some rather unflattering remarks about Meghan’s royal wedding dress. The designer publicly criticized the Duchess of Sussex’s Givenchy gown, claiming it was a rip off of one of her own garments.

She said: “Her dress is identical to one of our dresses.

“Apparently a lot of commentators were saying ‘It’s an Emilia Wickstead dress’.” READ NEXT: Harry And Meghan Won’t Seek Official Royal Role For Their Baby 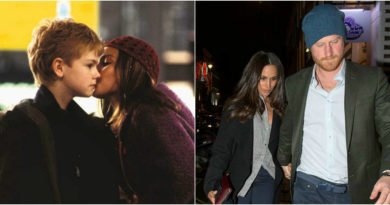