On Saturday, we got to see the full royal family at the Trooping the Color festivities, with only a few royals missing. The highlight of the day was Prince Louis, who made his debut at Trooping the Color, alongside his father and mother, the Duke and Duchess of Cambridge, and his two siblings, Prince George and Princess Charlotte. The young royal was all around the place, waving and pointing enthusiastically at the crowds and the planes flying overhead.

Other notable royals that were there were the Duke and Duchess of Sussex, with this being the first engagement for Meghan since her maternity leave, and Prince Charles and Camilla, Duchess of Cornwall. Prince Louis actually shared a sweet moment with his grandmother, as he nearly knocked her hat off her head from waving so hard, making her laugh in the process.

For his first-ever appearance for Trooping the Color, his parents dressed him up in a pair of blue shorts and white shirt with a blue embroidery-an outfit that has also been worn by his father Prince William and his uncle Prince Harry. The first time Prince William wore the outfit was for a trip to Balmoral in 1984 with his dad Prince Charles and his late mom Princess Diana. Harry sported the blue outfit at his second Trooping the Color appearance in 1986, stealing the show just like his nephew as he stood on Princess Anne’s lap in order to take in the views.

It was speculated that Prince Louis would be making his first Trooping the Color appearance this year, as he has grown enough. At the moment he is 15 months old, with his big sister, Princess Charlotte being 13 months old when she attended her first Trooping in 2016. George, meanwhile, was nearly two years old when he made his debut. The future King was too young to attend back in June 2014 when he was just ten months old.

The main royals were all there to celebrate the Queen’s official birthday on Saturday. Kate made her way to the festivities with the Duchess of Cornwall and the Duke and Duchess of Sussex. Meghan finally stepped out for the special celebrations, taking a break from her maternity break. Other royals in attendance included Prince Edward, the Countess of Wessex, Lady Louise Windsor, James, Viscount Severn, Prince Charles, Prince William, Princess Anne, Prince Andrew, Princess Eugenie and Princess Beatrice. 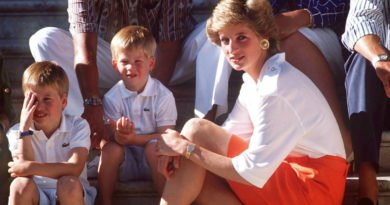 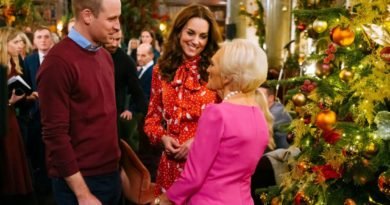 Kate Revealed The Special Meal She Cooks With George, Charlotte And Louis