On Sunday the Duke and Duchess of Sussex announced the long-awaited news that their baby girl had arrived on Friday, June fourth at Santa Barbara Cottage Hospital in Santa Barbara, California. The couple also revealed the new baby’s name, confirming that it is Lilibet ‘Lili’ Diana Mountbatten-Windsor.

The name Lilibet pays tribute to the Queen’s family nickname and the late Princess Diana, but there is one other sweet connection the new royal baby shares and it is with her cousin, Princess Charlotte.

The Duke and Duchess of Cambridge’s only daughter was born in May 2015, with her full name being Princess Charlotte Elizabeth Diana, with both of her middle names also being tributes to the Queen and Princess Diana.

This is somewhat of a unspoken tradition, as many of the Queen’s female children, grandchildren and great-grandchildren have the middle name Elizabeth, with the first one being the Queen’s own daughter, Princess Anne.

Anne’s full name is Anne Elizabeth Alice Louise, with her naming her daughter Zara Anne Elizabeth Tindall. Continuing with this, Zara and her husband Mike Tindall also chose to pay tribute to the monarch, naming their second daughter Lena Elizabeth.

And only now are we halfway through all the Elizabeths currently in the royal family.

But that’s not all. Peter Philips, the Queen’s grandson, and his wife Autumn also decided to name their second daughter Isla Elizabeth.

At the moment Princess Beatrice and Edoardo Mapelli Mozzi are expecting their first baby in autumn, and if it turns out to be a girl, there is a high likelihood that one of the middle names chosen will be Elizabeth.

Princess Eugenie and Zara both gave birth to sons earlier this year, with both of them deciding to honor the late Duke of Edinburgh with their choice of middle names. Eugenie’s son, who was born in February, is named August Philip Hawke Brooksbank, while Zara’s baby born, who was born the following month in March, is named Lucas Philip Tindall.

READ NEXT: Prince William And Kate Congratulate Harry And Meghan About Daughter 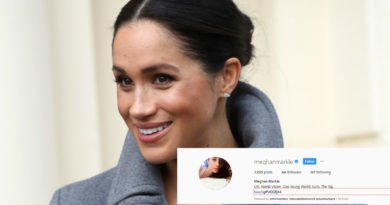 Kate Revealed A Secret Holiday She Took Her Kids On