The actress Tippi Hedren in her new memoir declared that during the sets of some of their films Hitchcock sexually assaulted her. The Birds and Marnie star has spoken up about the controlling behavior of Alfred in the past, but in her book Tippi, she claims that the sexual assault was result of Hitchcock’s obsession with her.

According to New York Post, some fragments of the book, show Alfred’s transition from star maker to sexual harasser – according to the author.

Hitchcock watched her every move, restricted her contact with the rest of the acting crew, and even analyzed her handwriting. The actress/author also writes about an event in the back of a limo, where Alfred tried to kiss her and asked her to “touch him”.

On the set of Marnie things got worse, because the Director installed a door that led from his office straight to her dressing room. And on one occasion Hedren says Hichcock “put his hands on me. It was sexual, it was perverse. The harder I fought him, the more aggressive he became.”

The main reason why Tippi Hedren didn’t go public with any accusation is because “sexual harassment and stalking were terms that didn’t exist when she was working with Hitchcock”. 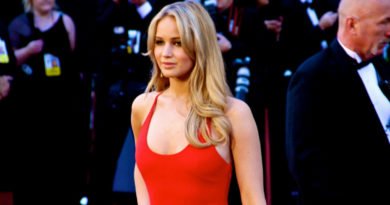 Jennifer Lawrence Looks For These Two Qualities In Men. Plus A List Of Her Ex-Beaus