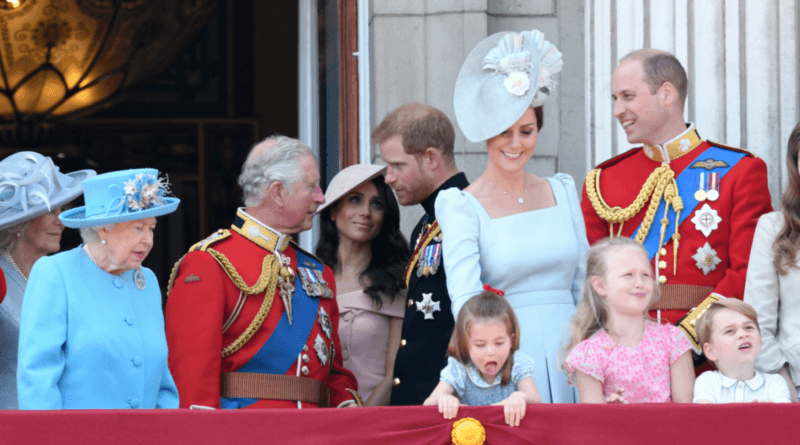 Buckingham Palace has released the full details about Trooping the Colour 2021. The Queen is set to celebrate her official birthday, which will take place on June 12 at Windsor Castle.

Last year, due to coronavirus outbreak, Trooping the Colour was canceled for the first time since 1955 and replaced with a private military parade at Windsor Castle.

Sadly, the event will be impacted by the pandemic this year too as large gatherings are banned in Britain until June 21. And the Queen will be joined only by Prince Edward, Duke of Kent, to see a parade in the Quadrangle of Windsor Castle.

The Queen will mark her Official Birthday on Saturday 12th June.

💂 Her Majesty will view a parade held by the Household Division and The Queen’s Colour of F Company Scots Guards will be trooped in the Quadrangle of #WindsorCastle.

When the Queen and Prince Edward arrive in the Quadrangle of Windsor Castle, they will be greeted by a royal salute and the national anthem will be played.

Buckingham Palace said in a statement: “The parade will be led by the Foot Guards, who will be joined in the Quadrangle by The King’s Troop Royal Horse Artillery and the Household Cavalry Mounted Regiment.

“Music will be played by a Massed Band of the Household Division, which will include the 1st Battalion Scots Guards Pipes and Drums.

“Upon The Queen and The Duke of Kent’s arrival in the Quadrangle, Her Majesty and His Royal Highness will be greeted by a Royal Salute, and the National Anthem.

The parade will commence with a 41-gun royal salute from Windsor Castle’s East Lawn, to mark Her Majesty’s official Birthday, from the East Lawn at Windsor Castle.”

The Queen actually celebrates two birthdays: her real one on April 21, and her official one marked with Trooping the Colour.

This ‘double birthday tradition is more than 260 years old. It was started by King George II in 1748. He was born in November, not the warmest of months. So, he was upset he was not on a warmer date to be able to have outdoor celebrations. And he did the next logical thing. He decided to publicly mark his birthday with an annual military parade in the summer when the weather would hopefully be nice.