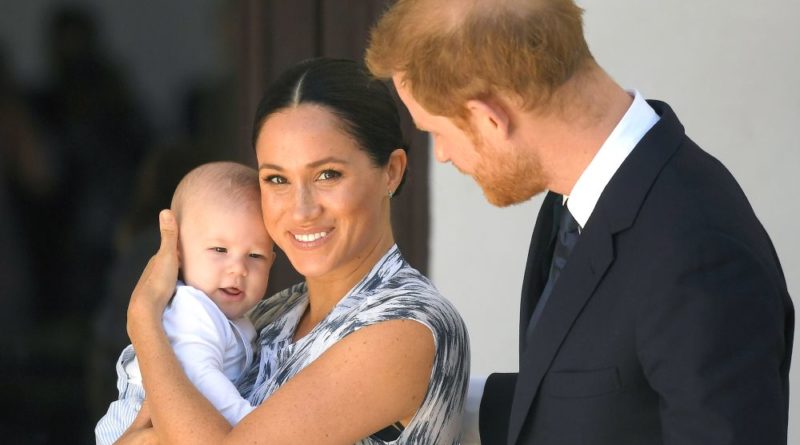 Royal fans believe Prince Harry and Meghan may have given us a big hint about where they are spending Thanksgiving.

Today, the couple took time to send a personal message to their fans on Instagram as they celebrated Thanksgiving. But the emoji they posted alongside it has got people talking.

The message, white text on a blue background, read: ‘Wishing you a very Happy Thanksgiving from our family to yours – Their Royal Highnesses The Duke and Duchess of Sussex.’

The caption read “Happy Thanksgiving!” along with a maple leaf emoji, the symbol for Canada which also appears on its flag.

While this could just be a symbol for the autumnal season, it could hint that the couple have travelled to Canada for the holiday.

Meghan lived in Canada while filming Suits and has spoken about how much she enjoys spending time there. Her best friend Jessica Mulroney and her children Ivy, Brian and John, who were in the bridal party at Meghan and Harry’s wedding, also live in the country.

This will be the Sussexes’ first Thanksgiving as a family of three, after they welcomed their son Archie Mountbatten Windsor in May.

Royal fans adored the gesture and took to commenting on the post. On wrote: “Happy Thanksgiving! Archie’s first! Enjoy.”

Another one said: “Happy thanksgiving to your beautiful family! ❤️❤️❤️ we love you!”

A third account added: “Many continued blessings to you and yours.”

The end of November is definitely a special time for Prince Harry and Meghan.

Not only the couple celebrates Thanksgiving together, but it is also the month when they made their engagement announcement.

Harry and Meghan are currently enjoying their six-week break from royal duties last week. Harry attended his last public engagement, the OnSide Awards at the Royal Albert Hall in London, on Sunday evening.

Meghan was last seen in public during the Remembrance Sunday service with the rest of the royal family.