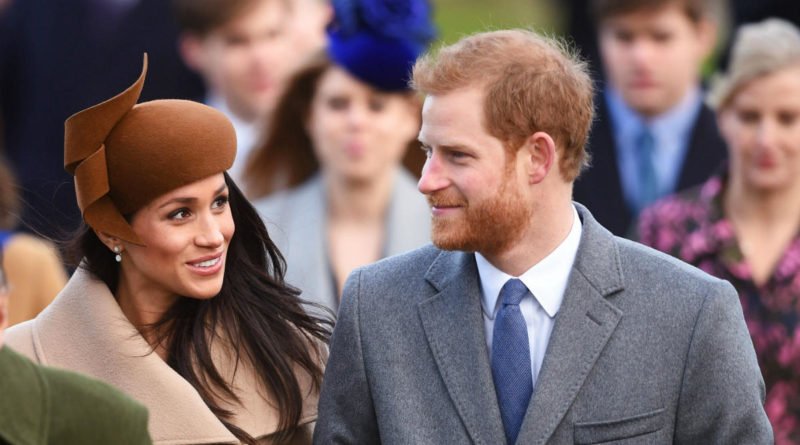 This is Harry and Meghan’s first Christmas together as a married couple. And the last one before they become a family of three!

But, they will most likely be spending their Christmas morning apart.

Members of the Royal family will wake up in the private home of the Queen, the Sandringham Estate in Norfolk, on Christmas. According to a royal source, the women will stay in their bedrooms for the first meal of the day, away from the men.

The Queen’s former chef Darren McGrady told the Mail on Sunday: “On Christmas Day, the ladies generally opt for a light breakfast of sliced fruit, held a grapefruit, toast and coffee delivered to their rooms.”

The royal men sit downstairs at 8.30 am for a breakfast of egg, bacon, mushrooms, kippers and grilled kidneys to “set them up for the 11 am church service at St Mary Magdalene.”

According to Grant Harrold, etiquette expert and former royal butler, this tradition is not only unique to the British Royal family. It is a common thing in a lot of aristocratic homes.

Mr Harrold told Fabulous Online: “In a lot of aristocratic homes, it does still happen that men will have breakfast downstairs while the women have breakfast in their bedroom.” The reason it happens is that it’s an old tradition that when a couple is married, the gentleman would come down for breakfast and the ladies would remain upstairs.”

He added that this is only the case for married aristocratic women and said: “All the ladies would have breakfast in bed apart from the single ladies.

“The single ladies have to be seen as ‘sociable’ whereas the ladies who were married didn’t have to come down and socialise.”

As a part of another tradition, Meghan won’t be able to open her Christmas presents on the day.

“On Christmas Eve, The Royal Family lay out their presence on trestle tables and will exchange their gifts at teatime.”

Meghan and the rest of the members will attend two church services on Christmas. The first is starting at 9 am and the second 11 am. The first is smaller where the Queen will receive a communion. After that, the Royal family attend St Mary Magdalene Church for a public service.

“The Queen and other members of The Royal Family attend the morning service on Christmas Day at St Mary Magdalene, Sandringham, a country church visited by The Queen’s Great-Great-Grandmother Queen Victoria, which dates back to the 16th century.”

READ NEXT: How Meghan Paid Tribute To Prince Charles At The British Fashion Awards?