As every first lady, Melania shared her plans for activity and the main focus is to stop cyberbullying. She pointed out that online bullying is to much present these days and her priority when she gets in the White House, is to stop that.

The media is not used to see and hear Melania giving campaign speeches. In Philadelphia on Thursday, on the campaign trail, Melanie brought up the issue she would tackle as firs lady.

According to Melania, it is not okay to see how rough and mean our culture has gotten generally towards children and teenagers. It is horrible when bullying is happening on the playground, and same is with 12-year-old boys and girls being mocked, attacked or bullied by someone with no name on the internet.

Behar wondered if the words Trump uses to insult other are considered as compliments in Slovenia.

Donald Trump is known for his insulting. Last month a list of people was published that Donald insulted since the beginning of his campaign.

Among the 281 people were Samuel L. Jackson, Fox News anchor, John Oliver and even the co-host Joy Behar.

The rest of the co-hosts were glad to see someone addressing this important issue.

As Michelle Obama had her focus on fighting children’s obesity, it is nice to see Melania prepared with her own agenda for the White House.

Jedediah Bila recognized the entire thing as a brilliant campaign strategy. Because Melania’s statement on this issue might make a lot of people consider voting for Trump, despite his cyberbullying. 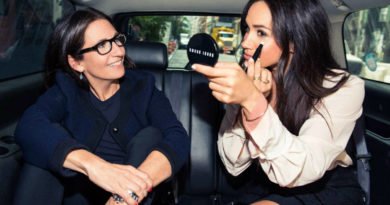