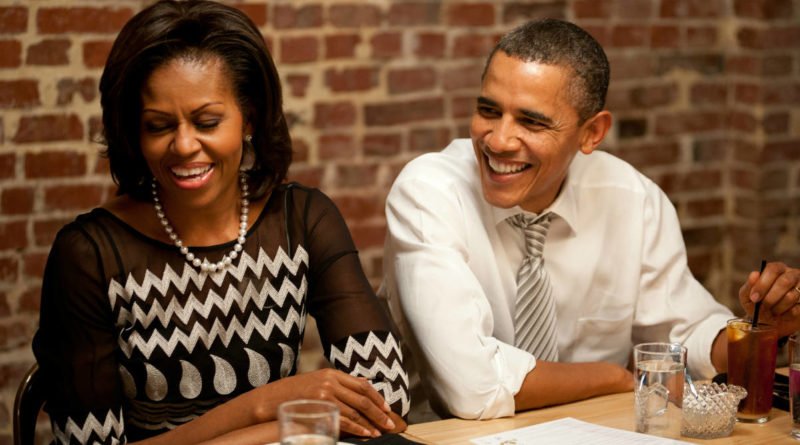 Before Barack Obama started dating his wife, Michele Obama, he had a relationship with a white woman named Sheila Miyoshi Jager. He even proposed to her. And it happened twice. Anyway, Sheila turned him down. Obama was having thought that black spouse would be better for his political ambitions anyway. The story is told by A by David Garrow’s new biography Rising Star.

After Obama finished school at Columbia University in New York, he moved to Chicago and worked as a community organizer. There are so many words written about Obama’s time in Chicago. About how it formed and crystallized his beliefs as a person and as a politician. Obama himself shared the experience in a memoir he wrote 10 years later, Dreams of my Father.

“It wasn’t until I moved to Chicago and became a community organizer that I think I really grew into myself in terms of my identity.”

Obama was connecting with the African-American community in a way he had not experienced before and achieved considerable professional success. Anyway, he also met a beautiful woman Sheila Miyoshi Jager.  She is mixed-race, of Dutch and Japanese ancestry, with dark hair, light skin, and slight frame.

Obama was raised by white mother and her family and he has experienced the difficulties that come from growing up mixed race. The complications that come from straddling two cultures has been detailed in his books and biographies.

Just like Obama’s mother, Sheila studied anthropology. She was educated woman, pursuing a doctorate at the University of Chicago.

Obama first proposed while visiting Sheila’s parents. Sheila’s mother thought that her daughter was too young to get married. Therefore the couple made a decision to wait a little longer.

“I remember very clearly when this transformation happened, and I remember very specifically that by 1987, about a year into our relationship, he already had his sights on becoming president.”

Obama was aware of the status of race in America, and he felt that he would have to fully identify as African American in order to be successful in politics. Garrow writes that Obama moved from viewing himself as multicultural to distinctly African American. In a interview for Garrow’s book, Sheila spoke freely about fights the couple had concerning marriage. It seems that Obama was aware of his decision not to enter into an interracial marriage but also he was reluctant to hurt Sheila and did not want to break things off.

Then, Obama got accepted to Harvard Law School. On the other hand, Sheila herself had plans to travel to Seoul, South Korea, for academic research. This would have been an easy time to put an end to their relationship.

Instead of that, Obama asked proposed for a second time And Sheila turned him down again. She felt that he was proposing because he was sad about their impending breakup rather than because he really wanted to marry her. After that the couple broke up.

Anyway, Shelia and Obama stayed in touch with letters and even met up a few more times. But in the end, In 1989, Barack Obama met Michelle, the woman he would later marry.

‘to the girl from the south side who took on a role she didn’t ask for, I love you’ pic.twitter.com/YeKIFdqbBC