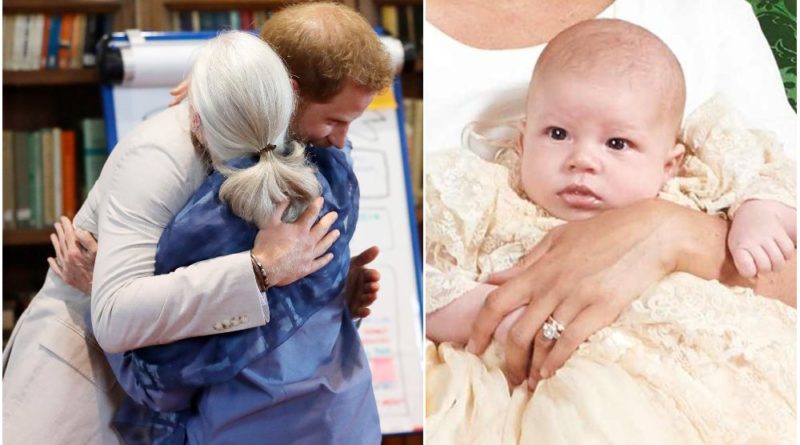 Harry and Meghan’s son is only three months old, but he already has plenty of famous friends.

In addition to frequent visitors like George and Amal Clooney, baby Archie has already spent time with the world’s most famous chimpanzee expert, Jane Goodall.

Today, Prince Harry and Jane Goodall were hosting an event at Windsor Castle in support of Jane’s charity Roots & Shoots, which empowers young people to make a difference. And Jane revealed that it hadn’t been long since they’d last seen each other.

Apparently, last month, she stopped by Frogmore Cottage to visit the Sussex family. And she even had the chance to “cuddle” baby Archie.

After the event today, Jane opened up about her hopes to work with Harry and Meghan in the future.

Jane said: “Harry asked if I would go and meet him. They made me a dame of the British empire so I guess he thought it would be good to meet me. And we clicked.”

She added: “I have met the Duchess once just last month and Harry twice. She told me she’s followed me all her life. Meghan told me: ‘You’ve been my idol since I was a child. I’ve worshipped you all my life.’ She came in at the end with Archie and I got to cuddle him!”

“When you bring a child into the world, you have to worry about the future. If we don’t make change, we don’t have a future. It’s as simple as that.”

Harry also described Jane as a “woman of kindness, warmth, immense knowledge and a softness that’s needed by mankind just as much as it is chimpkind.”

“I’ve been admiring her work since I was a kid and it was so wonderful to find that she was even more amazing in person,” he said. “She even treated me to a chimp welcome, which only Jane can do! Well… and chimps.”

Archie has only been seen in public a couple of times since his birth.

A couple of captured moments between The Duke of Sussex and Dr. Jane Goodall at today’s event. The pair share an impromptu dance and ‘Chimpanzee Greeting’ which Jane taught The Duke when they first met. Today’s event was full of education, inspiration and fun. Because working hard and playing hard are not mutually exclusive… ? For more information on today’s special event on Roots & Shoots, please see previous post.

Earlier in the month Meghan and Archie pleasantly surprised fans when they attended a polo match to support dad Harry.

It was a couple of days after Harry and Meghan christened Archie in a private ceremony. Still, we were treated with two beautiful photos which featured Archie and his family.

READ NEXT: How Duchesses Kate And Meghan Are Becoming More Of A-Team 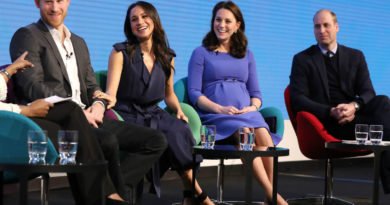