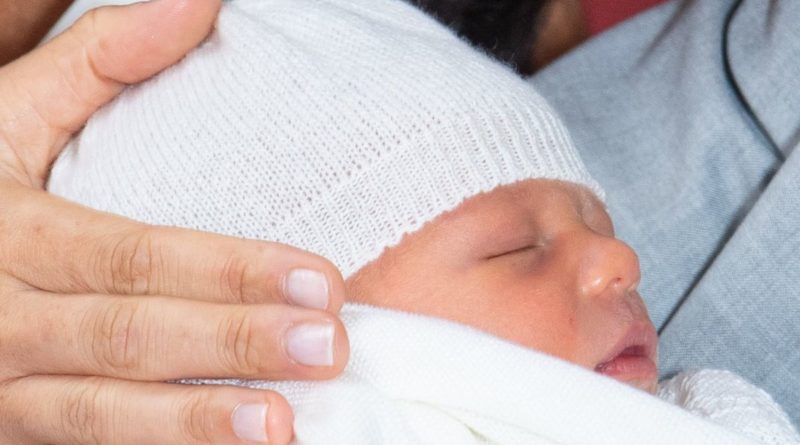 Ever since his birth in May, baby Archie, Prince Harry and Meghan Markle’s firstborn, has been kept out of the spotlight. The just-announced christening of his will be a private affair, reportedly being held in the Queen’s private chapel in the inner sanctum at Windsor Castle. Although he is only two months old, he is about to set a royal first.

Baby Archie will become the youngest royal ever to go on tour if Meghan and Harry decide to take him with them when they go on a royal tour to South Africa. The royal couple has a two-week long visit planned for this autumn which will see them visit South Africa, at the request of the Foreign and Commonwealth Office, Buckingham Palace has confirmed.

The date of the tour is still unknown, along with any other details, but fans are theorizing that it will take place sometime in October. If that does happen, it will make baby Archie the first five-month-old royal to go on the royal tour.

Previously, the youngest royal to go on tour was Prince Harry, who was eight months old on his first royal tour.

The Cambridge isn’t afraid to take their kids on royal tours, even at such a young age. They took Prince George at only nine months with them when they went on tour to Australia and New Zealand. That was also Kate Middleton’s first visit to the countries, having never before visited them. Princess Charlotte, on the other hand, went on her first tour when she was 16 months old, being joined by her parents and older brother Prince George. The then-family-of-four went on an eight-day tour of Canada, and during the visit, the young royals were seen on three occasions.

This isn’t something that recently started happening, as back in 1985, the late Princess Diana was reluctant to leave eight-month-old William at home so she took him on royal tour with her, Prince Charles and big bro Prince William. They visited Italy, with the young royal being seen in his mother’s arms on the deck of the Royal Yacht Britannia in Venice.

Prince William was the original trendsetter, with him being the first ever royal baby to go on an official overseas trip with his parents.

In a sweet parallel, he went with his father Prince Charles and mother Princess Diana on tour to Australia and New Zealand. The tour lasted six-weeks and it was also Princess Diana’s first foreign tour.

Previously royal babies would start going on royal tours when they would be way older, with Prince Charles often going visiting Malta with Prince Philip and the Queen. One picture shows two-year-old Charles holding Philip’s hand at a London Airport after a trip with his family to Malta in 1951.

Princess Anne also visited Malta in 1954 with Charles and their parents when she was just four-years-old.

READ NEXT: Why We Will Be Seeing Meghan Very Often This Month

This Is How Prince William And Kate Might Celebrate Wedding Anniversary

Princess Charlotte: The Real Star Of The Royal Family