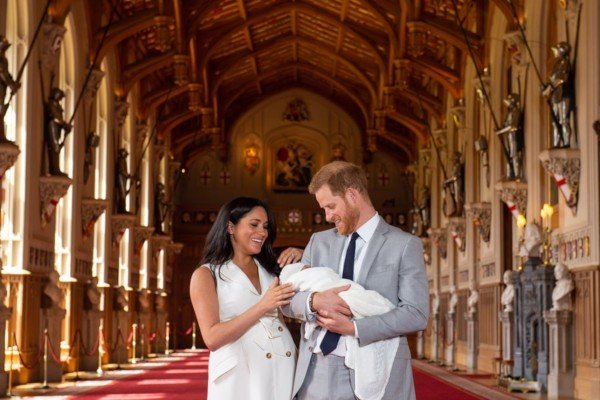 On Monday, the Duke and Duchess of Sussex welcomed their son, while the world got the first glimpse at the royal baby two days later. We also got to find out his name just a few hours later and, well, we can’t say we called it. Archie Harrison Mountbatten-Windsor was the final choice of the royal couple, sending tons of fans to speculate and wonder on where they got the inspiration for the name. According to The Sun, and this was taken from quotes from some of Meghan’s friends, it seems that the name Archie actually has a big history for Meghan-apparently she once owned a beloved pet cat called Archie.

Harrison and now this, when will the Indiana Jones references stop? In the article, they explain that the cat was saved by Meghan’s mom Doria and he, later on, became an important part of the household. One pal reportedly said that it was no surprise that Meghan chose to call her new baby Archie as she really loved the cat.

Unfortunately, Archie passed away while Meghan was at college in Illinois, one friend reveals. There are also other theories on from where Meghan got the idea, from the brand-new mom being once “obsessed” with the antics of ginger-haired teen Archie Andrews, to it being inspired from the main character from the popular Archie Comics franchise. His middle name-Harrison-was revealed to be a tribute to his father Harry, meaning Harry’s son. Better luck next time Ford.

On Wednesday, a royal source told HELLO! magazine that the new parents had chosen the names because “they just like them!”. The name Archie, which is sometimes just short from the name Archibald or Arthur, means true and bold. The reveal of the baby’s name came when a photo was posted on Instagram which showed the new loving family of three and his great-grandparents, the Queen and Prince Phillip. Meghan’s mum Doria Ragland, who came to the UK from LA for her first grandchild’s arrival, was also in the picture.

The post read: “The Duke and Duchess of Sussex are pleased to announce they have named their first born child: Archie Harrison Mountbatten-Windsor. This afternoon Their Royal Highnesses introduced Her Majesty The Queen to her eighth great-grandchild at Windsor Castle. The Duke of Edinburgh and The Duchess’ mother were also present for this special occasion.”

READ NEXT: When Will We Get To See Baby Archie Next?