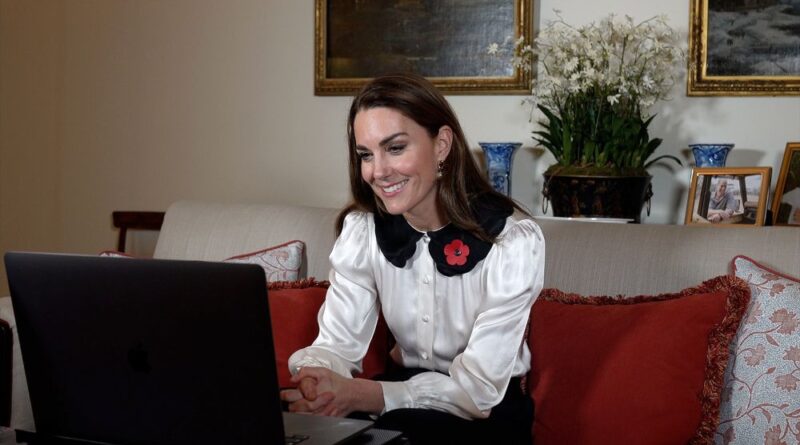 Fans didn’t often get to see the insides of royal’s homes, but this year fans have been treated to all kinds of glimpses inside royal residences. Due to the global pandemic crisis and subsequent lockdown, most people, including the royals, had to adapt and work from home. For the royals, this meant that any meeting and engagement they had would have to be through video calls. And now most of the countries in the world are facing a second wave and a second lockdown, including England, which means back to the conference calls for the royals. Kate Middleton, the Duchess of Cambridge, gave fans a sneak peek of her home during her latest online engagement. In it, fans quickly noticed all the cute family photos scattered about their home.

The engagement the Duchess took part in was a discussion with Armed Forces families who have lost loved ones at war, as well as talking about the significance of Remembrance Week. November 11th is Remembrance day, with this year marking 102 years since World War 1 ended. On Sunday, the royal family stepped out to attend the socially distanced service at the Cenotaph to remember all those who lost their lives in the fighting.

Kate said it had been “a real honour” to speak to the families. “I think I speak for the whole nation when I say just how proud you should be of your loved ones, and for the sacrifice and the bravery that they’ve shown,” she added.

For the engagement, despite it being a virtual one, Kate still impressed with her fashion choices, being dressed in a white silk shirt with a black collar with a poppy pinned on it. Over her shoulder fans were quick to notice the series of photo frames lined on the shelf, with the fans running to identify each and every one of them as soon as possible.

The first photo is of Kate and the youngest of her three children, Prince Louis, at the launch of her RHS Back to Nature Garden at the Chelsea Flower Show last spring. In the photo, the proud mom can be seen smiling as she holds her youngest in her arms as he plays.

Another one of the photos features the oldest of the three Cambridge children, Prince George. The picture is of the many that were posted online for George’s 6th birthday, with this image showing the young royal lying in the garden, with a huge smile on his face and wearing his beloved England football kit.

The Duchess of Cambridge was the one behind the camera for these photos, as she is for most of the pictures taken of her children.

Not to be left out, there is also a picture of Princess Charlotte, from her first day at school, with her being all smiles as she stands on some steps with her older brother, Prince George, both of them in their St Thomas’s Battersea uniforms.

Finishing off the family-of-five, there is a photo of her husband Prince William, with the photo being of him while on tour to Africa back in September 2018.

Almost all of the photos that are showcased on the shelf have been shared online, so no never before seen photos have been revealed, but fans are satisfied either way, by getting a quick glimpse in the royal’s home. 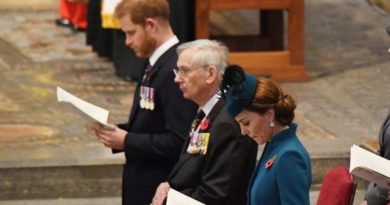 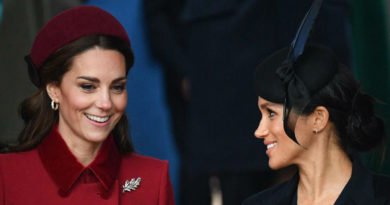 Kate And Meghan Sent A Powerful Message Over Christmas