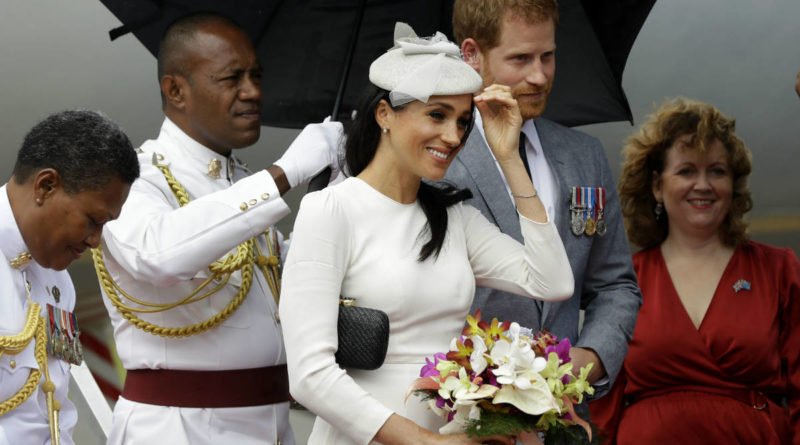 After only 5 months, the Duchess of Sussex has revealed what her father-in-law, Prince Charles gave her for the wedding a beautiful tennis bracelet that she has been spotted wearing on three public occasions.

She was first seen wearing the piece on the night before her royal wedding day, and then again a few days later at a Buckingham Palace reception to celebrate the Prince of Wales’ upcoming 70th birthday.

She must be very fond of the piece, as she wore it again on Tuesday when she arrived in Fiji for the next part of her very first overseas tour. The delicate chain is confirmed to be a gift from Harry’s father, with many believing to be a wedding gift-considering on which occasions she first chose to wear it. The Duchess of Sussex looked amazing on Tuesday, as she went for a kind of tribute to her new family, wearing earrings who were given to her by the Queen-which she first wore when she visited Chester with Her Majesty.

The stunning pearl and diamond studs wore out there for everyone to see, as the Duchess wore her dark hair tucked behind her ears. Meghan and Harry’s trip to Fiji are kind of mirroring that of The Queen and Prince Phillip in 1953 after her coronation when they also attended a very similar welcome ceremony at Albert Park-which might be the reason why the Duchess of Sussex chose to wear the special earrings.

READ NEXT: How Meghan Paid Tribute To Fiji With Her Blue Gown? 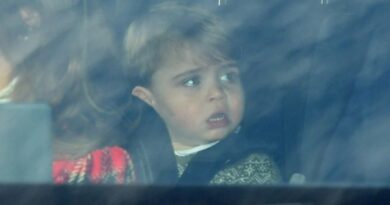 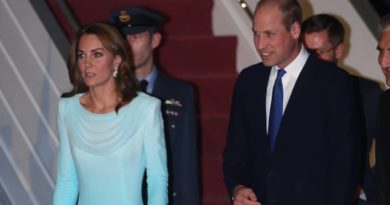