Grandpa Michael and grandma Carole Middleton took George and Charlotte to watch and cheer on their parents in The King’s Cup.

As usual, Prince George looked handsome in a nautical outfit, donning a Breton-striped top. He was sporting a new look, a sailor’s hat along with a smile (with front teeth missing!)

Princess Charlotte was also spotted at the event, wearing a striped blue frock.

Of course, both of the children covered up their outfits with lifejackets while on the boat.

The first race was won by Bear Grylls and Tusk. Prince William’s team came third while Kate and The Royal Foundation finished seventh.

However, the event will include several races between the eight boats, each representing an organisation supported by William and Kate.

William and Kate hope the King’s Cup regatta will become an annual event, increasing awareness of the benefits of sport, while also raising support and funds for their causes.

The King’s Cup regatta marked the family’s first public appearance since returning from their summer holiday in Mustique, where they celebrated  George’s 6th birthday too.

Members of the public were also invited to watch the race and prize giving ceremony from the SailGP Race Village, which includes a 500-seater grandstand.

Both William and Kate are avid sailors and boaters. So, this is not the first time they have gone head to head in a sailing competition.

In 2014, during a visit to New Zealand, the couple tested out some America’s Cup yachts in a race. And Kate beat William! 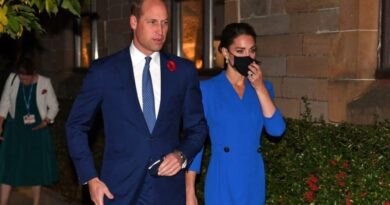 Prince William And Kate Glam Up For Earthshot Reception In Glasgow 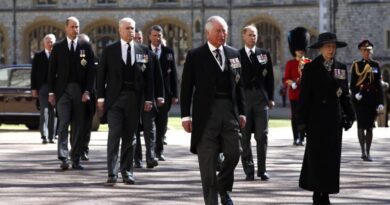