After two busy months of homeschooling, Prince George and Princess Charlotte will finally get to enjoy some much needed R&R as it’s May half-term.

As Thomas’s Battersea, the school which George and Charlotte attend, was closed due to the coronavirus pandemic, the children switched to homeschooling.

Now, along with the rest of the school children, the young Prince and Princess can take a well deserved break. Although, during a video interview with BBC Breakfast last month, mom Kate revealed that she and William continued to home-school George and Charlotte during the Easter holidays.

She confessed: “Don’t tell the children, we’ve actually kept it going through the holidays. I feel very mean.”

During various virtual appearances, William and Kate have given insights into the children’s homeschooling.

Duchess Kate has recently appeared on ITV’s This Morning to discuss details of the photography competition she has launched with the National Portrait Gallery. But, Kate also revealed that it’s been a challenge to get George excited about his own schoolwork when he has Charlotte’s “cooler” projects.

“We’re stuck into homeschooling again. George gets very upset because he just wants to do all of Charlotte’s projects. Spider sandwiches are far cooler than literacy work!”

Meanwhile, apparently Princess Charlotte could be the first member of the family to leave isolation.

The UK Prime Minister Boris Johnson made an announcement that he aims to reopen the schools next month. However, Prince George will have to wait a little longer.

The plan is to return students back into school life starting with primary education, Reception, Years 1 and 6.  Princess Charlotte joined St Thomas School in Battersea in September 2019 and is in reception. Her brother Prince George is currently in Year 2. So it is still unknown when they will be returning to school according to the government plans.

READ NEXT: William Reveals What Makes Dinner With George, Charlotte And Louis A ‘Success’ 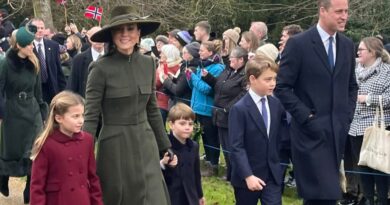 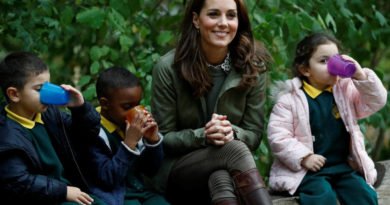