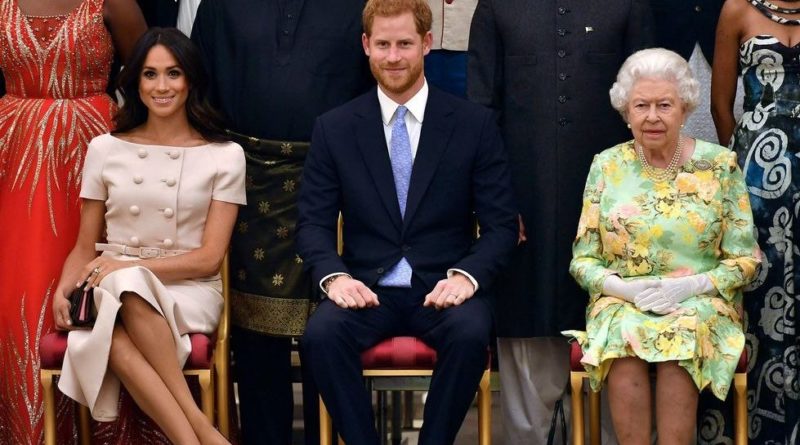 The Queen and Meghan joined force again. This time Prince Harry joined them. The trio joined to host a reception at Buckingham Palace tonight.

The royals and stars had come together to celebrate the Queen’s Young Leaders Awards Ceremony, where young change-makers from across the Commonwealth were presented with awards by the Queen. The Young Leaders programme, now in its fourth and final year, celebrates the achievements of young change-makers from across the Commonwealth.

WATCH: The Queen, Sir John Major and the Duke and Duchess of Sussex (wearing @Prada) arrive for the #QueensYoungLeaders awards ceremony: pic.twitter.com/myMV3RmaaS

The Queen now presents the 2018 #QueensYoungLeaders with their medals.

This year 61 exceptional young people from across the Commonwealth are @QueensLeaders. pic.twitter.com/SU3LQEH5C8

Not long ago, The Queen named Harry a Commonwealth Youth Ambassador.  Meghan is joining her husband in his work as youth ambassador to the Commonwealth.

At the reception, Prince Harry said: “I guess you can say you’re stuck with me.

“I, together with my wife Meghan, look forward to convening young people from around the Commonwealth to hear your ideas, work with you to build platforms for you to collaborate and form partnerships, and continue to meet with many of you as we travel around in our work on behalf of the royal family.

“We look forward to meeting many of you this evening — but we also hope to see you in action in your home countries someday too.”

The Duke of Sussex gives a speech:

“In this rapidly changing world, it is heartening to meet so many inspiring young people gathered here today, who have already stepped up as leaders and improved the lives of so many people across the Commonwealth.“ pic.twitter.com/oCgzEd1kJS

The #QueensYoungLeaders had the pleasure of meeting The Duke and Duchess of Sussex at their Awards Ceremony today pic.twitter.com/lePX44Y6zU

Meghan was wearing a powder pink Prada dress. She matched it with a pair of black courts. The new Duchess drew comparisons to her sister-in-law Kate with a curly new ‘do.

David Beckham, who attended the reception, talked about the young honorees:  “They are incredible people. It’s a great thing to be part of — to be around young kids and young people that have got really bright futures and aspirations to become great leaders.”

From fighting for gender equality to tackling climate change, the #queensyoungleaders have received their Awards from HM The Queen for the amazing things they’re doing to improve the lives of others. Congratulations to each and every one of them. pic.twitter.com/O31SSRBAg4

This fall, Harry and Meghan will visit some of the Commonwealth countires. The statement reads:

“The Duke and Duchess of Sussex will undertake an official visit to Australia, Fiji, the Kingdom of Tonga, and New Zealand in the Autumn,” read the statement. “The tour will fall on the occasion of @InvictusSydney 2018.”

Anyway, this is a second joint engagement for the Queen and Meghan. They first joined together for an engagement  in Cheshire earlier this month.

Meghan And Kate Use The Same Handbag Trick 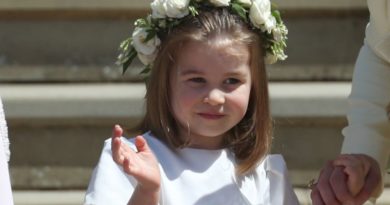 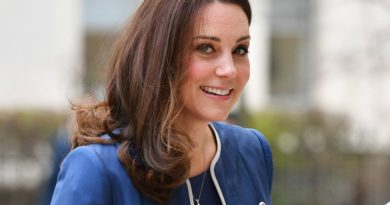