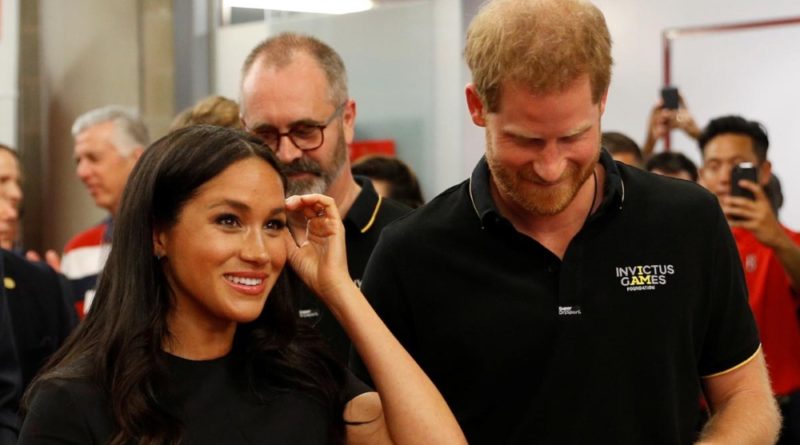 Prince Harry and Meghan Markle just hired Fiona Mcilwham as a private secretary, making the royal couple the first to have an all-female team of senior staff.

Prince Harry and Meghan Markle have just appointed Fiona Mcilwham as their private secretary, the most senior role in any royal household and equivalent to the chief of staff. The interesting thing is that with this move the Duke and Duchess of Sussex have an all-female team around them, a first for the royal family. Mcilwham will be joining deputy private secretary Heather Wong and head of communications Sara Latham who comprise the three top jobs.

Miss Mcilwham, 45, was the youngest British ambassador to hold that position when she was posted to Albania in 2009. She will take over the work next month from Samantha Cohen, who announced that she will be stepping down from the job of private secretary for the royal couple after the birth of Prince Harry and Meghan’s first child, baby Archie.

This resignation came as a surprise to everyone, as Ms Cohen has been working for the Palace for 17  years, being deputy private secretary to the Queen before working with the Duke and Duchess of Sussex. The job of private secretary for the Sussex household means that Miss Mcilwham will be coordinating the couple’s schedule, supervising other staff and managing correspondence.

Miss Mcilwham, who describes herself as a “wannabe superman”, went to Cambridge and has 21 years of experience working for the Foreign Office. She has held positions in the US and the Middle East, as well as the Balkans.

Her most recent achievement is completing a strategic leadership course at the Royal College of Defense Studies-which instructs promising senior officers of the British Armed Forces, Her Majesty’s Diplomatic Service and Civil Service in national defence and international security matters.

READ NEXT: Why Harry And Meghan Stopped Following Anyone On Instagram

The other high-ranking females in employment at the Sussex household are two senior females press officers and a team of at least three females behind the scenes stuff, including the Duke’s long-serving project manager, Cara Madden.

The only male they have on their team, not that it matters, is their young social media officer, in charge of in-house publicity, as well as handling and taking care of the couples personal Instagram account, SussexRoyal.

A royal insider said of Ms Mcilwham’s appointment: “Harry and Meghan have felt frustrated by the one-size-fits-all approach to being a working royal and are aiming their star far higher.

“It is clear they think Fiona is the person to do that.

“Internally, the hope is, as someone with enormous diplomatic experience, she will also understand that, whether you like it or not, there are limitations to being a royal for a very good reason.”

Another source said it was a “statement of intent”.

Ever since their wedding in May last year, the Sussex household has seen quite a few resignations. Melissa Toubati, Meghan’s personal assistant, unexpectedly resigned just six months after the wedding.

The French assistant had a vital role in the organizing of the wedding, with the speculated reason for her resignation being that the reportedly “put up with a lot”.

A source told the Mirror: “Her job was highly ­pressurised and in the end, it became too much. She put up with quite a lot.

“Meghan put a lot of demands on her and it ended up with her in tears.”

Another resignation came from Amy Pickerill, who only became secretary last year, quit from her post as Meghan’s right-hand woman.  Her departure is said to be on better terms than Toubati, with Meghan and her parting ways on good terms. Ms Pickerill worked with the royals for some time, helping the Duke and Duchess of Cambridge as well as Prince Harry with the engagements since late 2016, but now has gone overseas and found work there.