Harry and Meghan’s first child is due any day now. And The Palace just announced that the Duke of Sussex will visit the Netherlands on Wednesday, May 8, and Thursday, May 9. Just one week from now!

That means that Harry and Meghan will welcome Baby Sussex within the next few days.

During the visit Harry will attend an official engagement in Amsterdam. He will then travel to The Hague to official start the one-year countdown to the Invictus Games The Hague 2020. A statement, released from the Palace reads: “The Duke of Sussex will visit The Netherlands on Wednesday 8th and Thursday 9th May 2019. While in The Netherlands, The Duke will undertake an official engagement in Amsterdam. His Royal Highness will then travel to The Hague to officially launch the one year countdown to the Invictus Games The Hague 2020.”

Meghan’s due date is still unknown. However, she’s expected to give birth any day now with many believing her due date has already passed.

It is so fitting that her pregnancy will end with an Invictus Games event.

If you remember, the royal couple announced their baby news just ahead of their October tour of Australia, Tonga, Fiji and New Zealand. And major reason for the tour was the 2018 Invictus Games in Sydney. Harry and Meghan have broken from tradition and decided to keep birth plans a secret, which means we don’t know where they’re planning to have the baby.

A statement from the Palace specified back in April that: “The Duke and Duchess of Sussex are very grateful for the goodwill they have received from people throughout the United Kingdom and around the world as they prepare to welcome their baby.

READ NEXT: The Queen Payed A Visit To Harry And Meghan At Frogmore Cottage On Easter 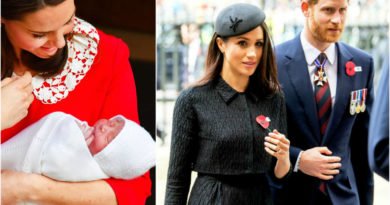 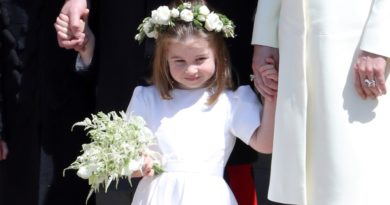