On Monday, thousands of children returned back to school, in the U.K, for the first time since the coronavirus lockdown. The schools have reopened for children in Reception, Years 1 and 6.

However, Kensington Palace has declined to comment on whether William and Kate will keep Princess Charlotte from returning to St Thomas’s Battersea. Officials have reportedly been told to remained tight-lipped on the couple’s decision about sending their daughter back to school.

Princess Charlotte can go back to school, as she is in Reception. However, Prince George will have to wait a little bit longer, as he is in Year 2.

Although Charlotte can technically start school, it was reported Prince William and Kate will keep their daughter at home until George can go back to school.

William and Kate are currently isolating at their country home, Anmer Hall, in Norfolk, along with George, Charlotte and Louis. It was reported that the couple has considered keeping their children together and maintaining their lockdown routine.

Kate has recently admitted the challenges of homeschooling and parenting, saying: “The children have got such stamina. You pitch a tent, take the tent down again, cook, bake.

“You get to the end of the day – they’ve had a lovely time. But it’s amazing how much you can cram into a day, that’s for sure.”

Despite UK government advice which encourages parents to send their children back to school, many schools remained shuttered and many parents chose to keep their children home.

And while they are public figures, Prince William and Kate are also just like any other parent. And they have the right to ultimately decide what measures are best to accept for them and their children’s best interests.

READ NEXT: The Special Meaning Behind Kate’s Yellow Dress From Latest Video 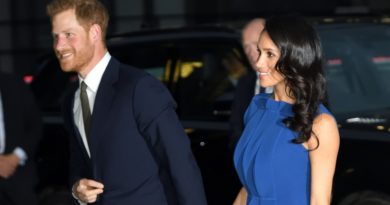