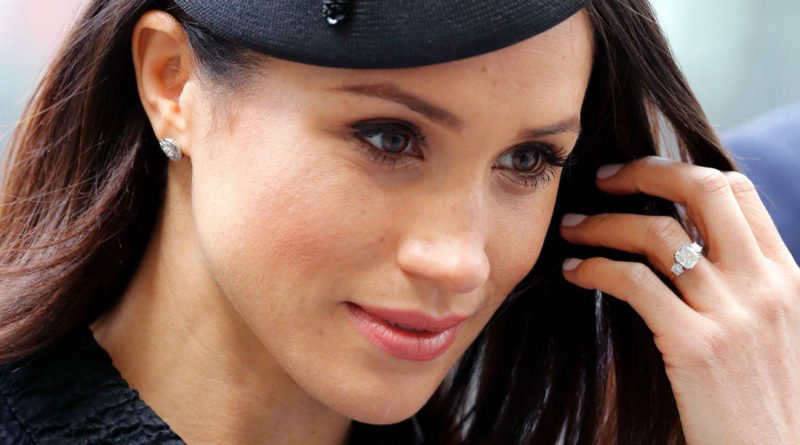 Over the course of the last couple of weeks, the British press has been somewhat harsher towards the Duchess of Sussex, constantly publishing negative stories-from claims that she works too hard and digs about her being “opinionated” to rumours of a feud with her sister-in-law Kate Middleton. So how is the Duchess of Sussex reacting to all this drama? By not reacting at all and ignoring them altogether. According to Katie Nicholl, from Vanity Fair, Meghan is aware of all the things that are said about her in the press-and her husband, Prince Harry, has a habit of reading the newspapers-but she refuses to let it get to her. A source told Nicholl:

“Meghan is a believer in karma and she doesn’t want to sit there reading negative online stories and comments about herself. She feels to a degree the British press is out to get her and while she’s aware of the news and what’s going on, she tries her best not to read all the stories about her.”

Meghan has never had the best relationship with the British press. Ever since the start, when they first made their relationship public, Prince Harry had to issue a statement calling the press out for subjecting his then-girlfriend to “abuse and Harassment”. That didn’t help much as Meghan continued to face racist posts about her family and burns about being an American divorcee by the U.K. press daily. And the situation she had with her family just helped escalate the situation, with her father, Thomas Markle Sr., and sister, Samantha, giving interviews about her to the British tabloids as well as U.S. ones. Meghan has been getting lots of positive press as well, but who cares about that? Especially during the couple’s recent tour of Australia, New Zealand, Tonga, and Fiji, and with the news of their future royal baby.

READ NEXT: Duchess Meghan May Break This Major Baby Tradition