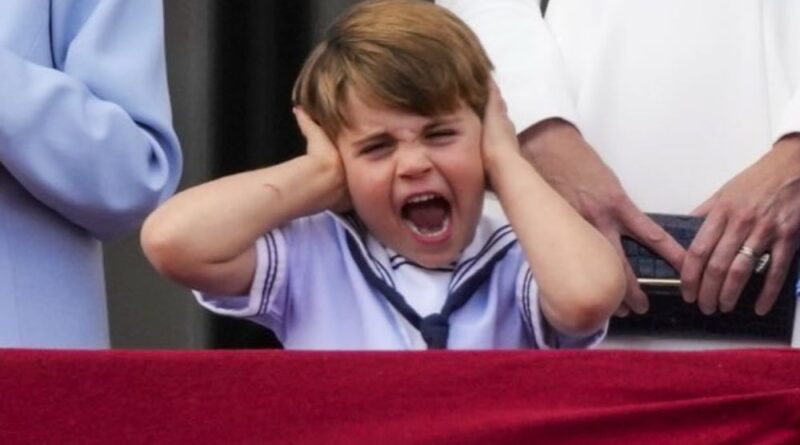 The youngest son of the Duke and Duchess of Cambridge, or at least a version of the young prince, made a surprise appearance at this year’s Glastonbury music festival at Worthy Farm in Somerset.

Prince Louis’ face was spotted on a flag being flown by a festival-goer somewhere in the crowd during rock band Skunk Anansie’s performance last Saturday.

Namely printed on the cloth was the now-iconic photo of the young royal, captured during the Queen’s Platinum Jubilee celebrations, which shows Louis covering his ears with his hands while military planes flew overhead Buckingham Palace.

TV presenter Laura Whitmore was the one who noticed the flag from the VIP area where she was watching the performance. Quickly taking to her Instagram stories she shared a video of the flag waving in the wind alongside the caption, “Best flag at Glasto” – and she is right.

Prince Louis unfortunately wasn’t actually in attendance, however, it isn’t out of the question if Prince William’s dreams are realized.

Speaking to BBC a few years back William has admitted that he and his spouse, Kate, are both “really into music, [but for them] unfortunately, it’s quite tricky [to go to concerts].”

“[But] I’ve got into enough trouble for my dancing recently so it’s probably best to keep away from that.”

We haven’t seen the Cambridges at Glastonbury yet, but we did see them in a photo recently released to mark Father’s Day. The snap was taken while the family we’re on their holiday to Jordan last year and it features a group photo of Prince William and his children.

When Will We See George And Charlotte In Public Again?

Volunteer Reveals What Surprised Him Most About William And Kate