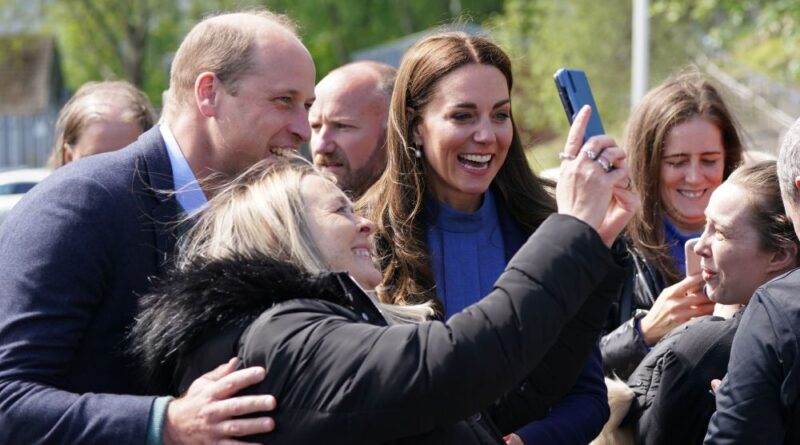 Photographers have been ready to capture the royals’ every move since the introduction of the photo camera – but there’s one type of photo they’ve avoided so far, the selfie!

Previously royals have even said they weren’t allowed to take selfies, but in more recent times we’ve even seen senior royals, the likes of Prince William and Princess Catherine, with their arms around the public, posing for photos.

Just last week, during a tour of the Royal Liverpool University Hospital, we saw the Prince and Princess of Wales smiling for many selfies, with even King Charles was spotted taking part.

This wasn’t a first for His Majesty, having taken a few snaps during last year’s official visit to Canada, where he met First Nations representatives and took part in a traditional dance.

The ban on the selfie was never part of official protocol, however many members of the Royal Family have publicly stated their dislike of the medium.

William having previously described himself as”allergic” to selfies, while Prince Harry told a wellwisher in Australia to”just take a normal photograph” before adding:”I hate selfies. Seriously, you need to get out of it (the habit), I know you’re young, selfies are bad.”

The late Queen Elizabeth is also said to have shared in the royal dislike of the selfie.

Nowadays it seems that sentiments have shifted,back in 2022 the Prince of Wales even used the selfie to his advantage, agreeing to pose for the photo as long as the recipient also bought a copy of Big Issue magazine, raising money to combat homelessness.

Just yesterday during a royal visit to a nursery in Luton, parents asked Kate if they could get a snap with her, with the Princess happily accepting a putting a friendly arm around them.